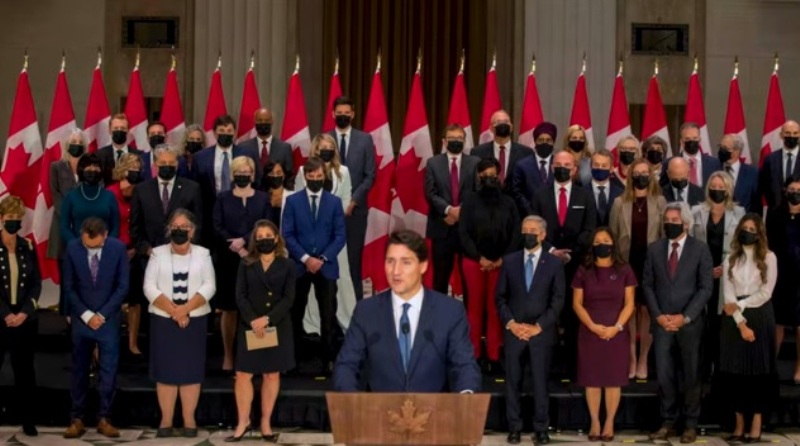 Lorraine Brown
I can only say that I hope, as history has always proven, that the people will will only tolerate so much tyranny and when they have had enough, there will be no safe place for tyrants. That point is getting nearer.

American Pariah
Everything that Mr. Peterson said could be said for the United States as well.

Gordie Rock
Very well pointed out and said, thank you for being Canadian!

Aaron
Finally, someone that can articulate and eloquently communicate what we are thinking or wanting to say.

MrAPPLEJUICE84
Jordan for Prime Minister! When can we get actually smart people to lead us.

anonglak moonwicha
It’s not only the Canadian government that has to go… There are almost no governments anywhere in the world that in any way deserve to stay where they are due to their dedication to their population. The government of Hungary seems to be getting a lot of things right, although they still haven’t taken the inevitable step of rejecting the Evil Union in its entirety. The government of Russia seems to do a lot to protect its population, even while having to tolerate immense unwarranted hostility from many corrupt western countries. Most countries of the world are being destroyed by their own governments and the owners of those governments. The very fact that our governments are owned and operated by secretive billionaire cults is indicative of how urgently they need to be overthrown and removed from positions where they can continue to hurt us. We need to be protected (we need to protect ourselves) from our enemies … aka our ‘leaders.’

Blue Baggins
“The ruling class are fighting for their own privileges, which can not be possiblY reconciled with public interests.” George Orwell.

Ray Beez
Johnny, anyone who’s watched this build since the dawn of the NSA and 911 has predicted this. We just thought it would be in 20 more yrs.

Julie Russell
I’m 99% sure things will get much worse unless the people rise up and take their lives back. Sadly I believe most people love their lives too much and will put off the sacrifice until it is too late.

J.C. Owens
It was once said “never attribute to evil what you can attribute to incompetence”. I would say that is a dangerous presupposition to operate under. Incompetence may be more common on the whole but in certain areas such as these powerful leadership positions it is not. The path to the position itself precludes it, they wouldnt be there if they were absolutely incompetent. Ever think that maybe it behooves them to be perceived as such @JordanPeterson? Would the child who breaks their neighbors window rather it be perceived an accident or on purpose?

lisaleo27
We have plenty of fertilizer, start voluntary composting in local community and regions, now, and by fall we will have plenty of good material to incorporate into soil for crops.

VerseTripn
JP has been SCARED of WHAT’S COMING for quite awhile now, while Jenny Booger keeps posting vids about how SCARED JP is.

Ava red
Are you mad yet? Wake up, this might be the last wake up call in your lifetime and hope you will be able to look your children and grandchildren in their eyes when they ask you, so what did you do to give us a better future?

PrevPreviousSee Archival Footage of the First World War. Then, Dozens of Countries and More Than 70 Million People Were Involved in a Devastating War
NextFacebook Founder Zuckerberg Tells Inner Circle to Avoid the Jab – US Politics and NewsNext