Trump’s Speech Was Not Encouraging at all. It was a Disaster and a Mess and Lacked Anything at all Exciting or Subversive to the Current Regime

Trump’s Speech Was Not Encouraging at all. It was a Disaster and a Mess and Lacked Anything at all Exciting or Subversive to the Current Regime

Which is why, thankfully, even extremely online Trump partisans like Nick Fuentes are slamming it.

The only thing that could make his 2024 campaign feasible is if the DoJ actually try to arrest him.

Just so you understand: this speech was so low energy that Jeb Bush’s Mexican son called it “low energy.” He even added the hashtag #SleepyDonnie.

The most obvious problem here – for you and me – is that Trump didn’t make America great again.

The fundamental problems were still there at the end of his presidency – the nihilism, the soulless culture, the loss of racial cohesion, the total dissolution of a white American identity among normies, the absence of religion, the rampant consumerism, the incredibly corrupt establishment (the CIA, the FBI, the Deep State, etc.), a media sector full of traitors, and an education sector that day by day was systematically corrupting America’s youth.

Trump did not defeat any of these problems, so it is absurd to say that he made America great again.

Never did Trump acknowledge the depth and severity of what was destroying America and the West in general; never did he get even remotely close to overcoming it.

But most right-wingers do not understand any of this.

For them, much more relevant is the fact that, throughout Trump’s presidency, all the organs that have run rampant ever since were either dormant (or not dismantled) or actively growing.

It is fitting, then, that his speech announcing his “return” focused overwhelmingly on economic matters. And of course it pleased his die-hard supporters.

Thus, they have no way to even recognise the various forces that are destroying everything they care about.

Thus, they fall for a buffoon like Donald Trump.

Having said all of that, it is still the case that Trump has the ability to drive the Left – and the rest of the Establishment – nuts.

For that reason alone, I hope he wins in 2024, but, as I already explained in countless articles, the election-fraud makes it impossible for Republicans to ever win again, as proven in 2020 and most recently in the midterms.

Trump's speech was so dull that even Sean Hannity cut away from it. https://t.co/d9bXTZEhCB 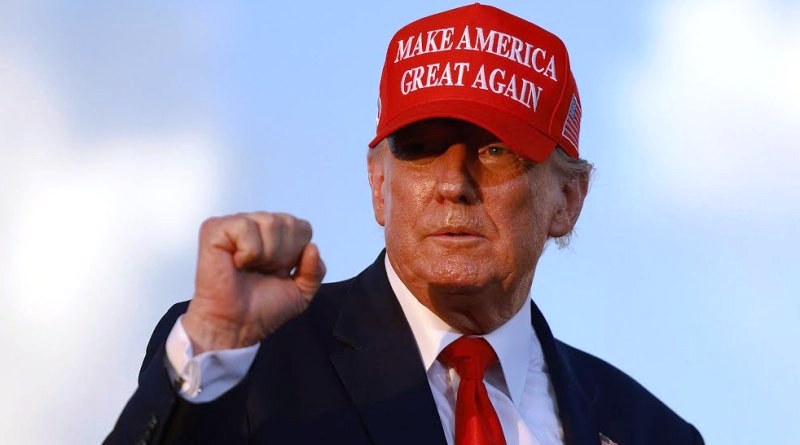 PrevPreviousElon Musk Sends an Email to Twitter Employees Overnight, Essentially Saying “Get Ready for Extremely Hardcore work or be Fired”
NextThey Are Admitting It Openly NowNext