There is a ‘Deafening Media Silence’ on Global Protests

There is a ‘Deafening Media Silence’ on Global Protests

There is a “deafening” media silence on protests around the world protesting against the elites, according to Webster University Assistant Professor Ralph Schoellhammer.

“They are significant protests – we’re talking about 30,000 people in The Netherlands,” Prof Schoellhammer said.

Prof Schoellhammer said the media and political campaign across the west against “disinformation” is part of a broader attempt to “undermine” organised protests against the agenda of the elites.

“That the best way to prevent the pushback from large numbers of people is if they don’t know that anything is going on,” he said.

“Think about the situation of the truckers in Canada when they pulled their bank accounts … so this is undermining the possibility of those people to organise.

“It’s what interest groups, what these players do – they see there is something coming that could be a threat to their power so they try to do something to undermine it.” 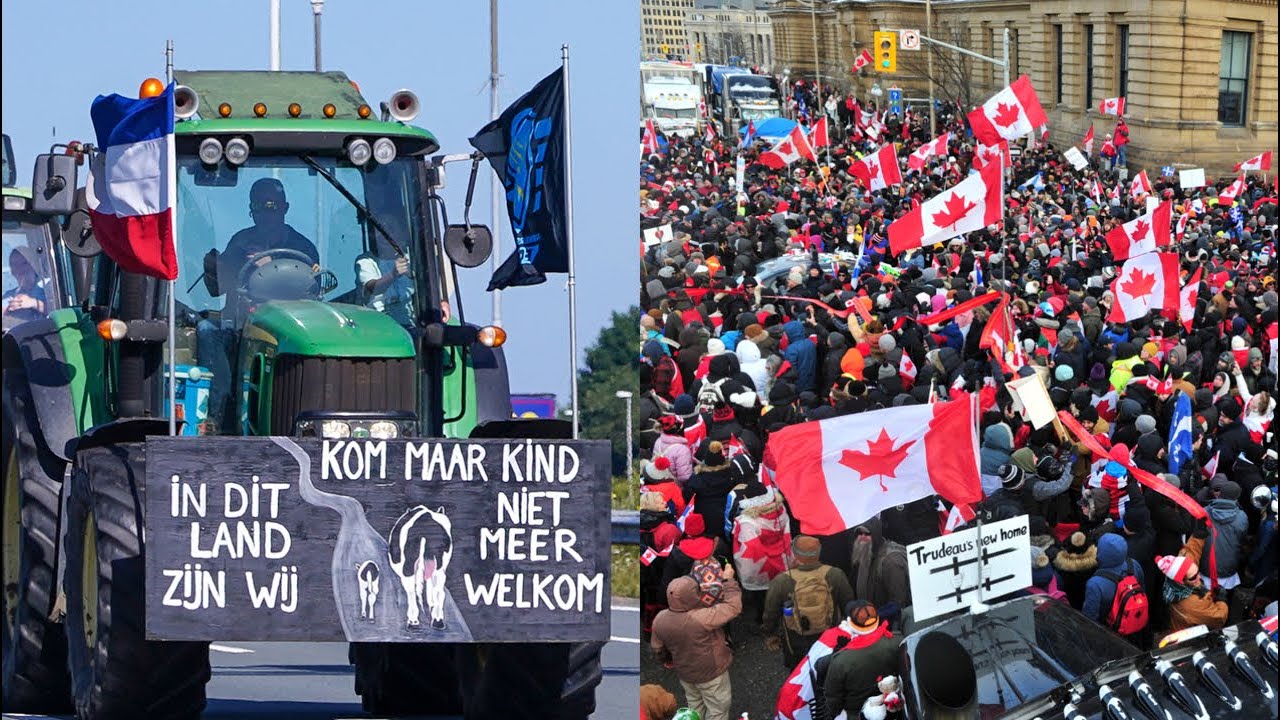 rangers199487
It’s quite sad, that as an American, we have to go to a foreign media outlet in order to get balanced reporting.

RoseAnn Rai
The whole world needs to unite against our very corrupt governments.

Yung Caco
Hats off to all the protesters standing up for freedom.

wego4ever
A professor with a brain, wow, what next, an honest politician?

LibertyMatrix
“We are rapidly approaching an era where people vs government becomes a worldwide phenomenon.” ~ John McAfee

Kelly Black
As an American, I find the quickest way to know what’s going on is listen to the “news” and expect exactly the opposite.

bbfeign1
Everyone who values their freedom should be speaking out against the elites.

Katheryn Kerr
This is exactly the way I’ve been feeling. This guy has summed it all up perfectly! We all need to unite and stop this madness taking hold.

Oscar Jetson
I find it so sad that as a Canadian, that I depend on Sky News from Australia to provide me with accurate and truthful reporting rather than any media outlet here.

LJ Prep
Outstanding video, folks. That should be repeatedly played on every single media outlet worldwide until everyone sees it and says, “Oh, we CAN do something.” Thank you for your well-reasoned input, Prof. Schoellhammer. Just outstanding.

Ken Tonge
the professor is saying exactly what most people are thinking..get rid of woke governments now.

bertie scunsbutch
It is good to see exposure of what is being done to us all , the only way we are going to get a voice is through direct democracy and the elite would not like that as it restricts their power. Democracy needs to evolve from the 19th century to better represent the people today.

Rosita Böhlke
Thank you so much for this content. Here in Germany the “deafening silence of the media (mostly financed by government i.e. tax payers) is frightening.
And human sense is being killed by ideology.

PrevPrevious“How Ridiculous!” – DeSantis Explains the Moment He Knew the Public Health Experts Were ‘A Bunch of Frauds’
NextDuckDuckGo is Now Completely Compromised. Time to Switch if You Haven’tNext