Revealed: The CIA’s Direct Involvement in the Assassination of JFK

Revealed: The CIA’s Direct Involvement in the Assassination of JFK

This week, we learned that the US government’s National Archives have released thousands of previously classified documents included in the government’s own review into the 1963 assassination of President John F. Kennedy.

The collection of some 13,000 documents will be the second of two JFK assassination-related document releases which President Joe Biden authorized last year. The White House had previously delayed the public release because of the alleged Covid-19 pandemic.

“[T]he profound national tragedy of President Kennedy’s assassination continues to resonate in American history and in the memories of so many Americans who were alive on that terrible day; meanwhile, the need to protect records concerning the assassination has weakened with the passage of time…It is therefore critical to ensure that the United States Government maximizes transparency by disclosing all information in records concerning the assassination, except when the strongest possible reasons counsel otherwise.” said the White House on Thursday.

However, there are big strings attached. Far from being transparent and open, Biden said in his memo that government agencies could spend up to 5-6 months to “review” the documents and then decide which documents the public will be allowed to see – prompting critics to accuse Biden of orchestrating another classic deep state limited hangout operation. The Biden White House is now telling the public they’ll just have to wait until May or June 2023, so that the US government can decide if there is “any information withheld from public discourse that agencies do not recommend for continued postponement.”

It seems that the US government and the CIA are keen to remove or redact any crucial information surrounding the assassination which might damage the image of the CIA and FBI as a result of their clandestine operations in the 1960’s.

Transparency advocates believe that releasing all the remaining documents will help in restoring trust and faith in the functioning of government.

“I’m really enjoying the complete narrative flip coming to the US again. The Right never liked big government but trusted the FBI and CIA. The Left loved big government but hated the FBI and CIA. For the first time we see mainstream media (on the right) accuse the CIA of killing Kennedy.  Watch as the “Left” denounces this accusation and continue to protect Federal agencies….2023 will be interesting.”

Fox News host Tucker Carlson gives his take on a source saying the CIA was involved in JFK’s assassination. Carlson also reveals how Trump’s former Secretary of State Mike Pompeo was involved in blocking the release of this information, and that a confidential source has confirmed with Carlson that information in the unredacted trove of documents points to direct CIA involvement in the murder of the US President in 1963. Watch: 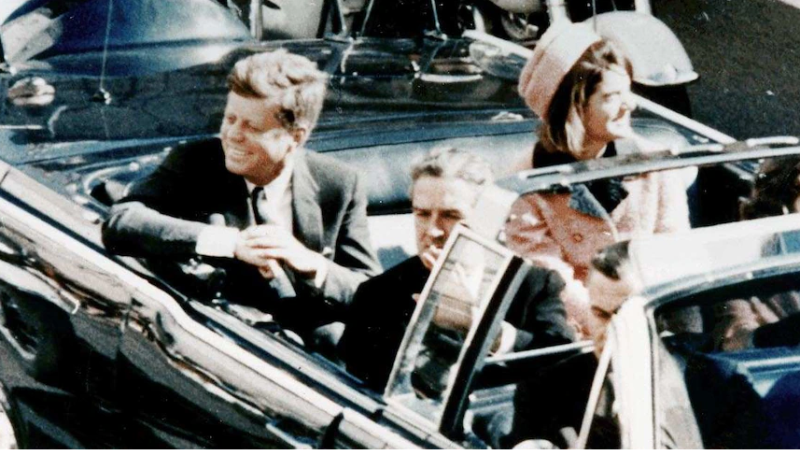 PrevPreviousMost Companies Operating in Nazi Germany had to Have Some Sort of Arrangement to Survive
NextThe First Carbon Credit System is in the Works, Citizens Will Be Forced to Pay for Carbon EmissionsNext