R Street Institute fellow Josh Withrow said on Breitbart News Saturday that, contrary to the bill’s portrayal from defenders, the Journalism Competition and Preservation Act (JCPA) would only benefit media conglomerates instead of being a boon to local, independent news outlets.

Withrow spoke to Breitbart News Saturday host Matthew Boyle as establishment media conglomerates and their allies in Congress have moved to pass the JCPA, which has been referred to as a media cartel bill by conservatives and other detractors.

The JCPA would create an antitrust exemption for the news media and broadcast industries, allowing them to form a media cartel to negotiate with big tech for online advertising revenue. Withrow and many others have said it would only empower establishment media conglomerates instead of benefiting local outlets.

Withrow explained, “The way that this bill is being sold, the reason it’s appealing to so many politicians is because everyone loves their local paper and no one wants to be against their local TV network especially if they’re a politician, right? But, this is being sold as going to solve the local journalism industry, which is in fact not doing so hot right now. But the way the bill is structured, people at the bargaining table are going to be the huge conglomerate companies gobbling up news outlets over the last several decades.

“In particular, the new version of the bill in the Senate right explicitly allows news broadcasters and doesn’t create a size limit and those broadcasters that could be allowed. So, News Corp. and big companies like that will be at the table that gets driven to these sites are already largely driven by the bigger companies in the first place and that’s where the revenue is going to go,” he explained.

The president of the Media Guild of the West, a union representing journalists and media workers in Arizona, southern California, and Texas, said the bill would amount to a handout to Alden Capital, a hedge fund that is the second-largest owner of news companies in the country. 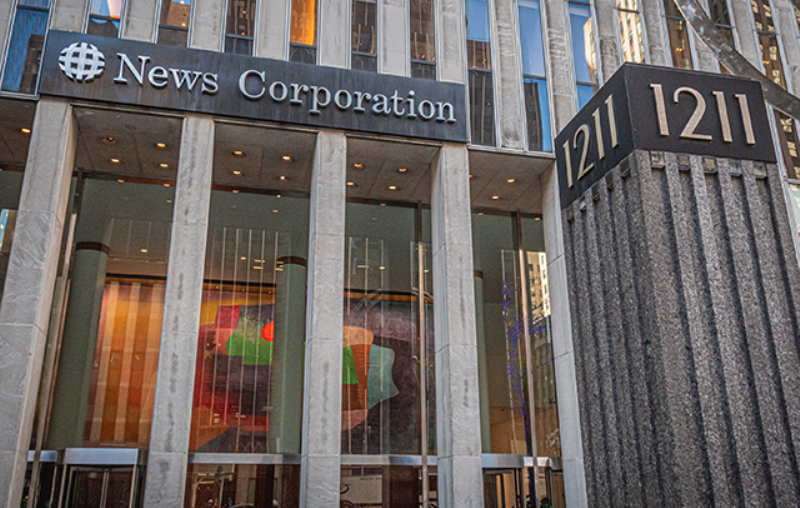