Newly obtained banking records reveal that more than 150 financial transactions involving either Hunter or James Biden’s global business affairs were flagged by banks as ‘concerning’ and given further review, some of which included large wire transfers, according to CBS News.

As we’ve noted several times throughout the past 18 months, Joe Biden’s brother James and Hunter Biden’s international dealings have raised concern over potential leverage over the Biden family by the CCP and other foreign entities.

“We have people with the Biden name, dealing with Chinese business people that have a relationship to the Communist Party,” Sen. Chuck Grassley, the ranking Republican on the Judiciary Committee, told CBS News‘ Catherine Herridge. “I think James Biden was very much a part of this.”

Bank records released by Republican senators this week indicate James Biden’s company, the Lion Hall Group, received payments from a Chinese-financed consulting group in 2018, before his brother Joe announced he was running for president. Grassley says that same year James Biden and the president’s son, Hunter, received monthly retainers totaling $165,000 — $100,000 to Hunter and $65,000 to James.

Grassley said his team obtained the records directly from the bank where the consulting group did business. He has spent three years investigating and described James and Hunter Biden’s business dealings as “very concerning.” -CBS News

According to a September 2020 report from GOP Senators, Hunter, James and James’ wife Sara tapped into a credit line set up between Hunter and a Chinese bank executive to purchase over $100,000 in airline tickets, hotels and food. 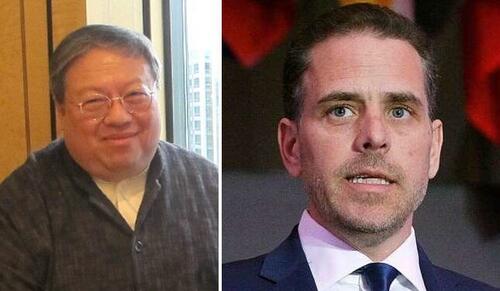 Now, GOP investigators have released what appears to be the 2017 application for the credit line, which bears the signatures of both Hunter and the Chinese exec.

“These records we got are the first records that have ever been made public on this issue. Nobody else has them,” said Grassley.

According to Robert Weissman, president of advocacy group Public Citizen, told CBS: “I think Hunter and James Biden should not have entered into those relationships, full stop,” adding “To the extent those occurred while Joe Biden was the vice president, there’s a worry that they hope to get something direct from the Obama administration.”

Fortunately for Hunter and James, the White House won’t rule out pardons in the event their international dealings, or tax issues, or FARA status, prove to be illegal.

In Dec. 2020, Politico reported that the Hunter Biden criminal investigation covers potential money laundering, while CNN also reported at the time that the feds had been looking into a 2017 gift to Hunter from CEFC China Energy Co. founder Ye Jianming.

And to recap from our previous reporting on the matter – in November, 2017, James Biden received a surprise call on his cellphone from Patrick Ho, Ye Jianming’s lieutenant who was arrested by the FBI (and is now serving a 36-month sentence for bribery and money laundering), according to a December, 2018 report by the New York Times. According to James, the call was meant for Hunter.

James Biden, a financier and brother of the former vice president, was in a hotel lobby in November 2017 when he got a surprise call on his cellphone. The call was from Patrick Ho, Mr. Ye’s lieutenant. Mr. Ho, 69, was in trouble.

Federal agents who had monitored CEFC’s rise since at least the summer of 2016 had sprung into action, arresting Mr. Ho in New York on allegations that he had bribed African officials in Chad and Uganda. Days later, federal agents showed up at Mr. Ye’s luxury apartment building across from Central Park with a subpoena to interview Mr. Ye, said people familiar with the matter.

In July of 2019, Hunter confessed to the New Yorker that he had accepted the 2.8 carat diamond worth at least ten thousand dollars, which he insisted wasn’t a bribe – before admitting that he and his father Joe had in fact discussed his business dealings.

Hunter offered to use his contacts to help identify investment opportunities for Ye’s company, CEFC China Energy, in liquefied-natural-gas projects in the United States. After the dinner, Ye sent a 2.8-carat diamond to Hunter’s hotel room with a card thanking him for their meeting. “I was, like, Oh, my God,” Hunter said. (In Kathleen’s court motion, the diamond is estimated to be worth eighty thousand dollars. Hunter said he believes the value is closer to ten thousand.) When I asked him if he thought the diamond was intended as a bribe, he said no: “What would they be bribing me for? My dad wasn’t in office.”  -New Yorker 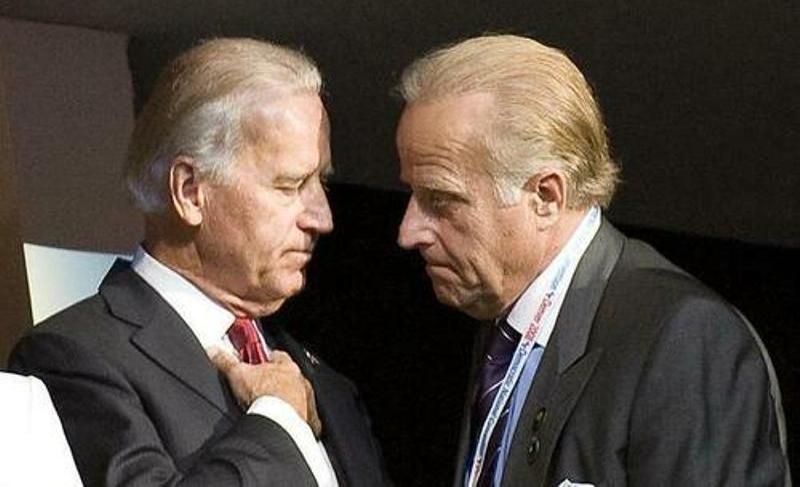 PrevPreviousElon Musk Is on Twitter’s Board. What Could Go Wrong?
NextSituation Update – Child-Grooming Disney Linked to Ghislaine Maxwell and Jeffrey Epstein’s Pedo IslandNext