“It’s Mitch McConnell’s fault,” Trump wrote on his Truth Social platform. “Spending money to defeat great Republican candidates instead of backing Blake Masters and others was a big mistake. Giving 4 Trillion Dollars to the Radical Left for the Green New Deal, not Infrastructure, was an even bigger mistake.”

“He blew the Midterms, and everyone despises him and his otherwise lovely wife, Coco Chow!” Trump added, referring to former Transportation Secretary Elaine Chao. 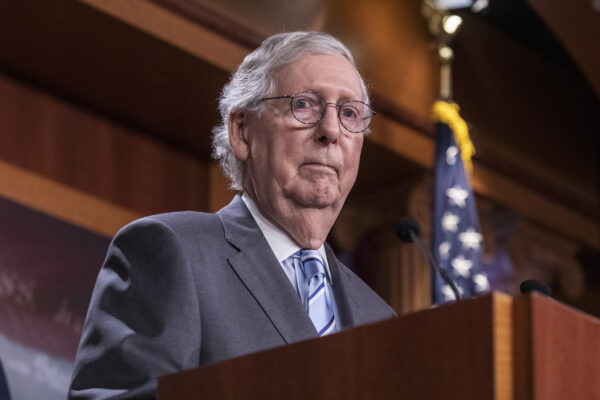 Senate Minority Leader Mitch McConnell (R-Ky.) at a press conference at the U.S. Capitol in Washington, on July 26, 2022.

The Georgia Senate race remains undecided, with a runoff election scheduled for December after neither Sen. Raphael Warnock (D-Ga.) nor Republican Herschel Walker secured more than 50 percent of the vote.

The GOP is still in the position to retake control of the House. Republicans have 212 seats and Democrats have 201, according to data from Decision Desk, which The Epoch Times uses in its Election 2022 map. It requires 218 seats to take control of the lower chamber of Congress.

In a separate Truth Social post earlier on Sunday, Trump shared an article titled “After Epic Failure, Growing Chorus Of Senators Signals It’s Time For McConnell To Go,” which argues that McConnell must be removed from the Senate Republican leadership.

“Agree with this 100%!” Trump wrote, referring to the article. “Mitch McConnell is a disaster for the Republican Party and the Country.

“He should have improved Infrastructure to fix it, not the Green New Deal, wrapped up like Infrastructure. He gave the Democrats 4 Trillion Dollars to throw out the window, and backed bad candidates like Lisa Murkowski,” Trump added.

The Federalist article, published on Nov. 11, said McConnell “sabotaged Republicans in the 2022 midterms” by “pulling spending from competitive GOP candidates such as Blake Masters” and spending money against Kelly Tshibaka in Alaska.

Trump-endorsed Tshibaka, a Republican who was a former Alaska Department of Administration Commissioner, has a 1.38-percent-lead (pdf) over incumbent Sen. Lisa Murkowski (R-Alaska). The winner has not been declared.

Senate Republicans are reportedly scheduled to hold leadership elections on Nov. 16. However, some are calling for the vote to be delayed until after the Senate runoff election in Georgia is completed.

“Think about it – if we hold leadership elections on Wednesday, there’d be more campaigning done in a high-school class president election than in the most deliberative body in the world,” Sen. Ron Johnson (R-Wis.) wrote on Twitter. “It is absurd. These elections need to be delayed.”

“It makes no sense for Senate to have leadership elections before GA runoff,” Sen. Ted Cruz (R-Texas) wrote on Twitter. “We don’t yet know whether we’ll have a majority & Herschel Walker deserves a say in our leadership.

“Critically, we need to hear a specific plan for the next 2 yrs from any candidate for leadership,” Cruz wrote. 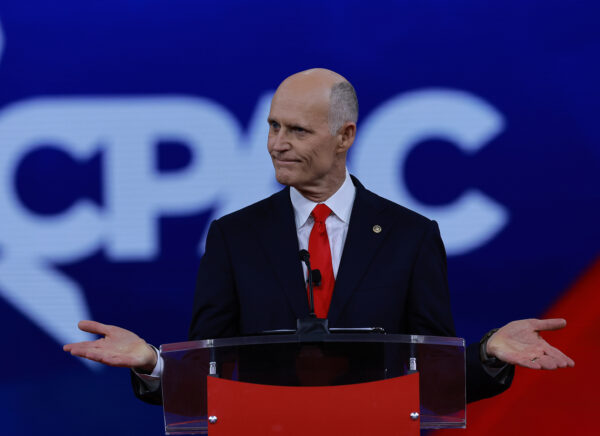 A day before the midterms, Trump endorsed Sen. Rick Scott (R-Fla.) as a “likely candidate” for Senate Republican leader in an interview with Fox News Digital. Trump praised Scott as a “very talented guy” who is “highly underrated.”

The former president predicted Scott would “have a lot of support.”

Sunday was not the first time Trump commented on the midterm elections. On Nov. 9, he conceded that election results were “somewhat disappointing” but still a “very big victory.”

“While in certain ways yesterday’s election was somewhat disappointing, from my personal standpoint it was a very big victory—219 WINS and 16 Losses in the General—Who has ever done better than that?” Trump wrote.

According to Ballotpedia, 17 Trump-backed Senate candidates, including Walker, won in the midterm elections, while 6 lost.

PrevPreviousBinance FTX Fiasco Continues, Crypto Market Suffers As A Result
NextAmazon Plans to Lay Off Approximately 10,000 People as Soon as this Week, the NYT ReportsNext