In Light of Current Events, Specifically Russia’s Decision to Pegg Gold to the Ruble and Sell It’s Gas and Oil in Rubles

In Light of Current Events, Specifically Russia’s Decision to Pegg Gold to the Ruble and Sell It’s Gas and Oil in Rubles

In light of current events, specifically Russia’s decision to pegg gold to the Ruble and sell it’s gas and oil in Rubles, I find this article from 2018 very relevant right now. Interesting that they should get together specifically to mine gold!

What we are seeing now has been many years in the making. I can’t help but feel a sense of victory whenever I see the photo above. They are currently sticking the middle finger to the globalists elites!

“All parties agree that the first and only multilateral, private-public-partnership project of its kind shapes a new model of BRICS cooperation.

The partners forecast this BRICS project in Kluchevskoye to grow to become one of the leading Gold producers in that part of the world.” 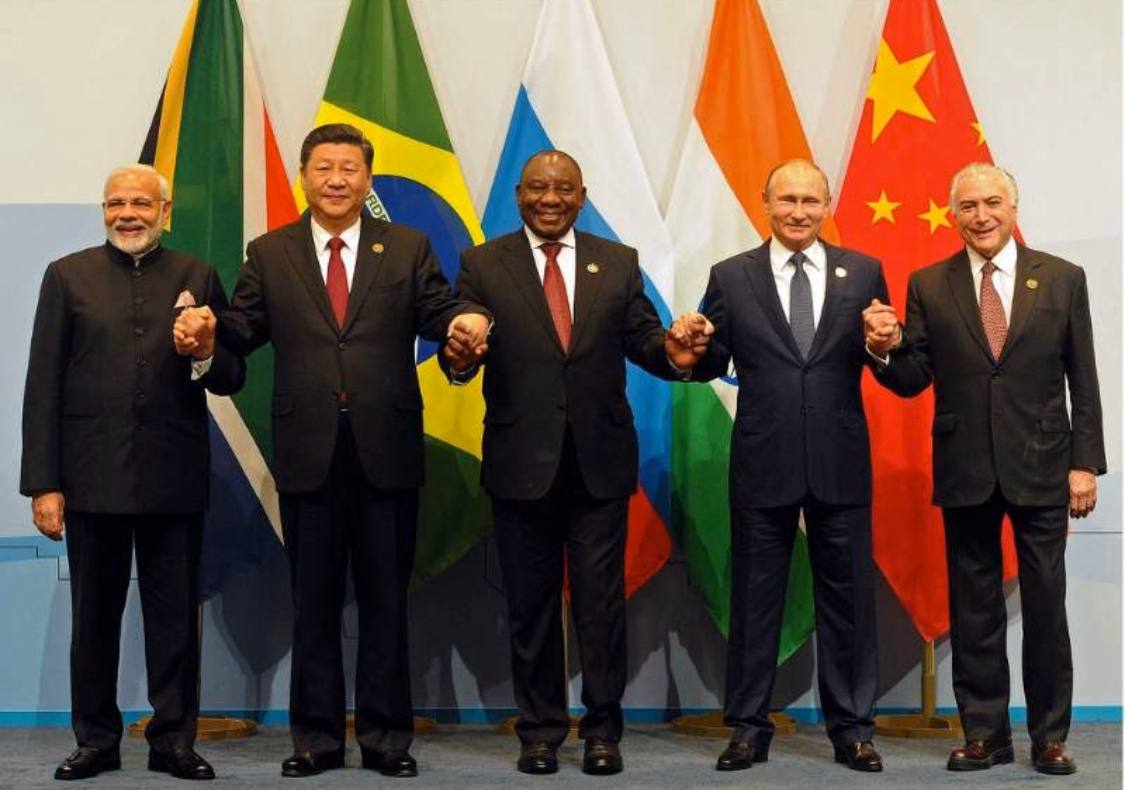 The first-ever industrial public-private partnership investment project undertaken by partners from all BRICS member states has been pioneered in the gold mining sector against the backdrop of the BRICS Summit held in Johannesburg, South Africa.

This unprecedented project will be undertaken in the Chita region of Eastern Siberia and seeks to usher in a new model of international cooperation.

The multinational joint venture will see the transformation of the Kluchevskoye gold deposit into a significant open-pit mine, with an expected gold production of over 6.5 tonnes per annum.

Pre-production investment of up to US$500 million is planned, with China National Gold leading as the major shareholder and technological partner, following the final Russian Duma ratification.

The historic initiative has drawn the interest of investors and industrialists from across the BRICS regions.

Leading investors from Brazil include Veronica Serra and A. de Moraes, among others.

Dr. Iqbal Surve, states: “This innovative model of public and private partners from BRICS countries coming together to work on projects in BRICS countries can benefit local and national economies and can be used as a model to tackle significant projects in non-BRICS countries as well, creating a sustainable model for cooperation, collaboration and investment-led economic growth, boosting industrial development and providing turnkey, sustainable job creation”.

China National Gold, one of the world’s leading Gold companies, will provide management and development expertise, while SUN Group brings 60 years of experience working in Russia, having built several significant businesses including SUN Brewing, one of the region’s largest beer companies.

FEDF’s involvement will bring regional investment and political support for the project, and opportunities for further growth in the gold and copper mining sector in the Russian Far East.

The South African and Brazilian investors seek to add a dimension to create a joint investment and industrial platform for growth in Africa and Latin America.

Shiv Khemka, Vice Chairman of the Indian-owned SUN Group, states: “We are delighted to see our gold project coming to fruition in this innovative manner with the support of the Russian and Chinese governments.

“We are committed to adhering to international best practices in engineering, environmental, governance and community standards.

All parties agree that the first and only multilateral, private-public-partnership project of its kind shapes a new model of BRICS cooperation between governments and the private sector, bringing together the best of finance, technology, market access, trade and investment to enhance the economic growth of individual countries and the global BRICS community.

The partners forecast this BRICS project in Kluchevskoye to grow to become one of the leading Gold producers in that part of the world.

Moses Tembe, comments, “For South Africa, to be able to access the fast growing markets of Asia and Latin America in a collaborative manner with diverse, trusted and experienced partners will allow our economy to integrate into and benefit from the tremendous changes taking place on the global stage”

Ivor Ichikowitz, Chairman of TransAfrica Capital, states: “This project marks a critical step in the evolution of BRICS, it is one of the first mega projects to be developed under the auspices of the BRICS collective.

“It is projects like this that make a real economic impact not only on economic growth, but more importantly by creating jobs which impact on citizens lives while at the same time bringing the BRICS collective closer together. Political goodwill without projects like this one has no value.

Nand Khemka, Chairman of SUN Group comments, “This is BRICS 2.0. It is a logical extension of complementary strengths, helping create more flexibility and innovation in the structure of transactions between members of the BRICS community. This is a winning formula”

Rob Hersov commented, “Bringing together the mining expertise of China National Gold and the resource base of the Russian Far East with experienced global investors under the BRICS umbrella can help create tremendous value for all stakeholders.

“India and China are the two largest gold markets in the world and this is a historic collaboration. We look forward to building this platform into a model of collective cooperation and growth.”