Social credit system about to be implemented worldwide? Are people already divided into different classes? We have received detailed information directly from whistleblowers working on the software. 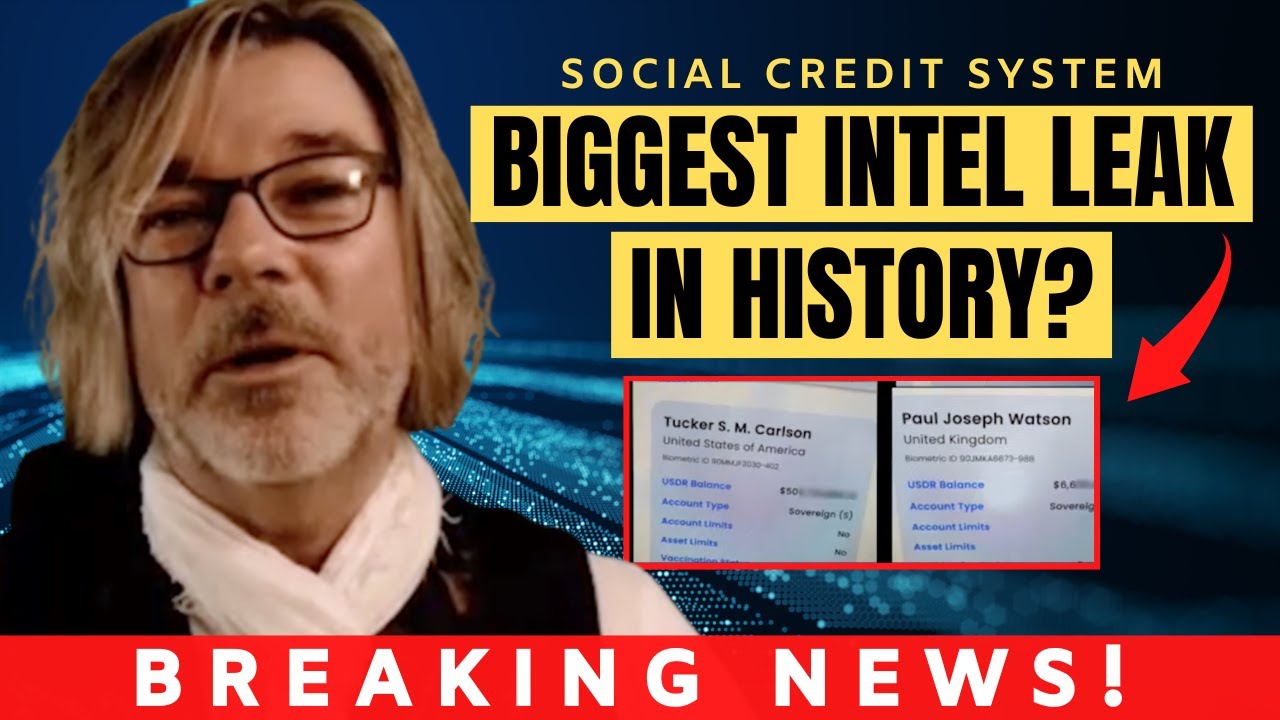 Mark Hemphill
I have been feeling this happening for a long time. We as a species are up against an evil group of people and we all have to come together to protect humanity.

Barbara Gardiner
Such a brilliant conversation. Such enlightened and evolved souls. The world is full of adult children. The child within them hasn’t integrated. This is the biggest enemy we are up against. I can’t share this information with friends and family anymore. It’s beyond them. If they haven’t done the inner work it simply doesn’t “land”. We just have to keep being the change.

Trojk Jones
I have always had an inner rage against software, technology and systems. I never understood why but over the past few years everything has become clear to me. I always knew deep down the nefarious intentions when rolling it all out to the public. I have felt heavy for some time, like an invisible force is crushing down on me and I feel the negative energy bouncing around, almost like a puppet master, taking control of people. I was always told I am a sensitive soul and I used to see that as I was weak. Now I know it was my inner sight trying to show me. We are all connected, we are all as one and that energy that binds us all is being manipulated by a dark evil force. We need to fight it. Stay strong and stay together.

Astorrian
ThE controllers, the elite whatever name they call themselves cannot do this on their own. They have thousands of ordinary men and women working for them, these are the people who can put a stop to this. These people have to choose because they are assisting in bringing in a World where their children will have to live in a prison like existence. Yes, evil and greed have always existed but so has GOODNESS and in the end the true nature of mankind is goodness – that’s our strength and always has been, our love for our children and each other.

Anne-Marie Jane
I knew about the social credit system over two years ago, when WEF, are pushing for this. But, I’m shocked about the class divide, that will be such a big section area. My concern is many will consent to this blindly, completely unaware of what the implications mean for them and all of us.

angelou2812
As long as people continue to shop online and refuse to use stores and insist on paying and using cash while boycotting those who don’t accept it then we are already in the system.

We Are Sovereign
We want to thank Frank Jacob and Jean Nolan for bringing this issue to the public, providing our links so people can dig in and learn more about our brave whistle blowers, and finally we appreciate the positive message toward the end. We can defeat this system if we just bring awareness. When people learn what they are going to try to do, people from all political sides will join together against it. Thank you!

Kimberly Anderson
I absolutely love these talks and what you guys do. So please don’t take this as discouraging. I’ve feel like humanity had been persuaded, manipulated from every direction. What if the point of all this is not to fight it but to survive it. In all reality, what can regular people do? I don’t work at CERN… or hold any political seat or have connections….. what am trying to say is that, we have no access to the shadow government or the people making all these policies behind out back (sometimes in plain sight). So what can we do? Other than protest and say no and not participate of their agenda…. Withdraw from society. Have no phones, internet, no tech? Again, what if the greater plan is to find a way to survive it. What if the plan has always been to have both worlds living simultaneously. One controlled by AI and technology with a social score. The. The other is free communities living by barter/trade, etc…..

I had a dream that the dark ones would push so hard for people to bend the knee and submit to the system, the only way to survive it was withdrawing. Saying no to commodities that were provided to make people addicted and dependent on them.

The Musks chip and it’s technology will come out. It will be presented as a game changer for health, technology… as a super cool technological gadget to have just like another iPhone with fancy lights and features. Not only it has all your medical info but banking info too. Not only that but it will “make you better”, healthier, younger looking with nano tech… so many people will go bunkers for it and fall. Then it will change to no chip, no this no that…

So again, who really is committed to saying no to this is gonna have to do a lifestyle change. That’s the only way.

InaDream
I believe this has been happening for years after I had applied to dozens of jobs online. I never received even one further request for an interview. I have been online for over 15 years talking about Disney, Hollywood, Corporations, elite and politicians’ involvement in child trafficking. They have me pegged as a troublemaker.