Previously ruled out of consideration for the Tornado replacement program in 2019, the new 5th Gen. Lockheed Martin jets’ purchase has become another Scholz’s shock decision to end decades of defense procurement underfunding and instead focus on the delivery of a €100B special arms fund of particular concern is that some signs of potential trouble are already shadowing the €10B F-35 order after German MoD’s report revealing risks of delays and increased costs in the future. The program also faces difficulties with regard to sourcing an adequate number of contractors to perform upgrade work at the Büchel Air Base, where the F-35 fleet is expected to be located BTW, for a better understanding, a similar purchase cost in Switzerland is almost 2 times cheaper! Try and guess now, who is the beneficiary party? 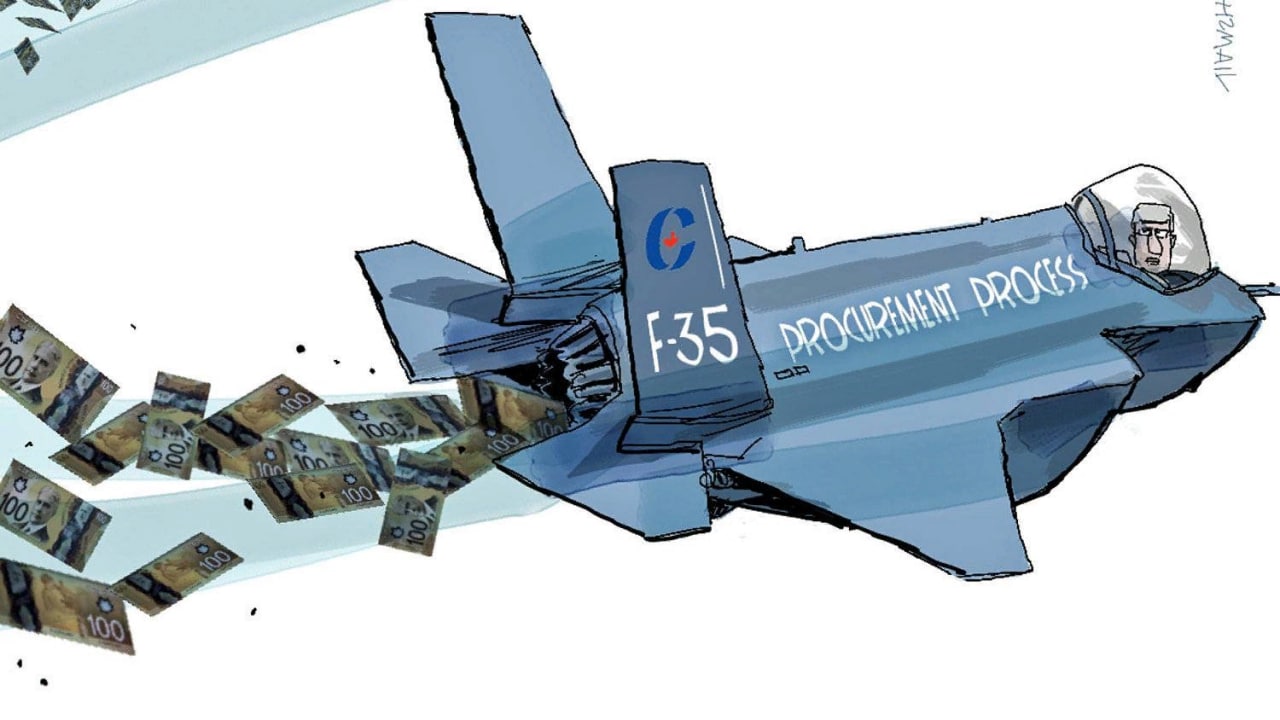 Berlin once again failed to contribute to a NATO force 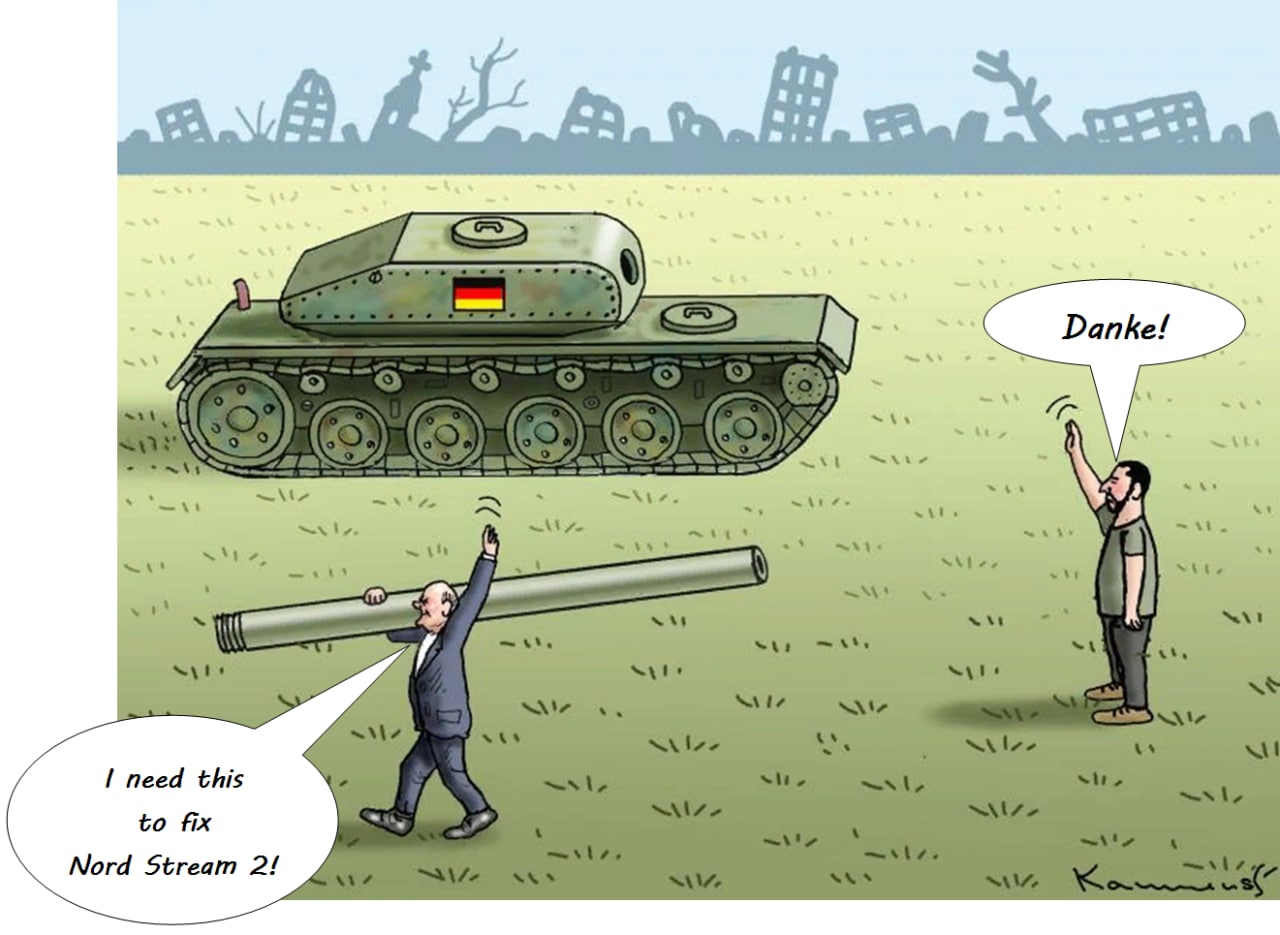 “Scholzing” never ends! We used to think that the current chancellor’s govt was too inert in their never-achieving NATO’s 2%-goal. But it turned out that it’s very touchy as well

Mr. Scholz’s team was moved to tears by Mr. Zelensky’s invocation of the U.S. battles against Nazi Germany and has seemingly decided not to get involved in any wars at all – all 18 Puma tanks on NATO military exercises suffered problems and appeared unfit for operations

“The recent failures of the infantry fighting vehicle are a major setback,” German defense minister Lambrecht has said, adding that Berlin will pause purchases of new Puma tanks. This shone another spotlight on Germany’s failed attempts to modernize its aging military. And it’s not quite clear to what extent, contrary to Ms. Lambrecht’s assurances, the Allied forces can count on Germany in the hour of need.

According to media reports, internal documents from the Ministry of Defense show that the procurement of the F-35 fighter jet could be delayed and become significantly more expensive. They are intended to replace the Bundeswehr’s Tornados.

One of the Bundeswehr’s largest procurement projects could become significantly more expensive: the Federal Ministry of Defense apparently sees major risks in the planned procurement of F-35 fighter jets in the USA.

This emerges from a confidential letter to the budget committee of the Bundestag, which is available to the AFP news agency. The ministry estimates the total cost of the deal at almost ten billion euros – and warns of “delays and additional costs” due to extremely complex preparatory work.

According to the news agency, the internal letter is classified as “classified – only for official use”. The weekly newspaper “Bild am Sonntag” first quoted it. A spokesman for the Ministry of Defense told AFP that there would be “close coordination” and “clarification of open questions” with parliament. An “intensive risk analysis” is part of all procurement processes and should identify possible problems “at an early stage”.

“Time delays (…) must be expected.

“According to the letter, it is questionable whether the conversion of the Büchel Bundeswehr airfield required for the F-35 can be completed by 2026 as planned. This schedule is “highly ambitious,” it says: “We must therefore expect delays and additional financial requirements before the infrastructure is completed.

” In addition, the security requirements of the USA are “complicated”. This can also lead to delays and additional costs.

Flight operations only with restrictions?

Furthermore, the ministry sees the danger that the approval for flight operations of the F-35 in Germany “is not possible in time” because the required documents “are not available or cannot be made available in the future due to legal requirements”. Flight operations could then “only be started with restrictions,” says the template.

In addition, the Ministry of Defense points to other factors that could lead to price increases: inflation, fluctuations in the exchange rate between the euro and the dollar, and rising production costs. It puts the total cost of the planned purchase of 35 F-35 jets at 9.99 billion euros. The money is to come from the 100 billion euro special fund for the Bundeswehr.

According to information from the ARD capital studio , the Ministry of Defense has scheduled a video conference for Monday with the householders of the government factions. The problems with the F-35 procurement should be discussed. 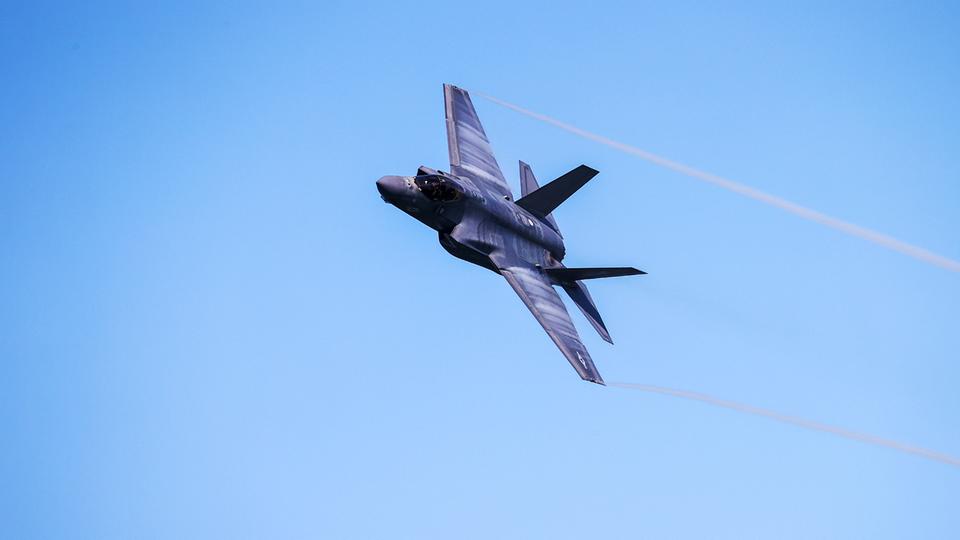 In the traffic light coalition, there is growing concern about the impending delays. “The schedule for the successor to the tornado must not be jeopardized,” said FDP budget expert Karsten Klein. He called on Defense Minister Christine Lambrecht (SPD) to make the matter a “boss matter”. “I expect the minister to emphatically create all the prerequisites for the timely deployment of the F-35.”

There is also dissatisfaction with members of the budget committee in the Bundestag because of the possible risks. The SPD politician Andreas Schwarz, chief reporter on the defense budget committee, told the “Bild am Sonntag”: “It is unacceptable that Parliament is only now learning about the problems.” He expects the ministry to provide comprehensive information on how it wants to get the risks under control. “We’re trying to get rid of responsibility here,” says Schwarz.

The defense policy spokesman for the Union faction, Florian Hahn (CSU), told the dpa news agency: “The troops and all of Germany only have to be ashamed of this new information.” The question arises whether this is due to inability or intention.

Defense Minister Christine Lambrecht (SPD) never identified with the turning point proclaimed by Chancellor Olaf Scholz (SPD). “My recommendation to the chancellor would be: Change the minister before it’s too late!”

The US manufacturer Lockheed Martin’s stealth jet is considered the most modern combat aircraft in the world. The Bundeswehr wants to replace its aging Tornado fleet with the F-35 machines. Lambrecht announced the purchase a few weeks after the Russian invasion of Ukraine. The machines are also intended to ensure so-called nuclear sharing – the Bundeswehr should be able to transport American atomic bombs with them in an emergency.

As recently as 2019, the Ministry of Defense rejected the purchase of the F-35 at a request from Left MP Sevim Dagdelen, citing technical risks that were difficult to calculate. “So the problems had been known for a long time,” said parliamentary circles.

Discussions on problems with procurement of F-35 fighter jets

Special assets: Bundeswehr can buy 35 F-35A for around 8.3 billion euros

In March 2022, it was decided to prepare the parliamentary procurement decision for the F-35A fighter jet as the successor to the Tornado fighter-bomber for the Bundeswehr. At its meeting on December 14, the budget committee of the German Bundestag approved the funds for the procurement of the stealth multipurpose combat aircraft. The project is financed from the Bundeswehr special fund.

Extensive package of technology and training

The 35 combat aircraft include an extensive package of engines, role-specific mission equipment, spare and replacement parts, technical and logistical support, training and armament. The F-35A is to take over the role of nuclear sharing previously assigned to the Tornado fighter-bomber in the Air Force until its decommissioning. In addition, as a fighter-bomber, it should fight enemy targets on the ground and provide close air support for its own troops.

The state-of-the-art multi-role combat aircraft is procured via the foreign military sales process, which enables US armaments and military services to be purchased by other states or international organizations. Here, the federal government concludes a direct contract with the US government.

Defense Secretary Christine Lambrecht announced the decision to go with the F-35 on March 14. According to the minister, the machine offers unique potential for cooperation with partners in NATO and Europe. Nine European nations have already introduced the Lockheed Martin multirole fighter aircraft or are in the procurement process.

Swiss parliament approves purchase of F-35 jets from US

A Lockheed Martin F-35A fighter jet is pictured during a test and evaluation day at the Swiss Army airbase, in Payerne, Switzerland, June 7, 2019.

Switzerland’s House of Representatives has approved the purchase of new F-35 fighter jets from the United States. The decision clears the path for Bern to sign the purchase contract, despite a pending initiative on the issue of Swiss fighter jets.

Keystone-SDA news agency reported on Thursday that the majority was convinced the contract should be signed by the bid closing date: March 30, 2023. The jet purchase is part of the Army’s 2022 budget, with the entire program worth CHF9.552 billion, two-thirds of which is earmarked for the F-35 jets from US firm Lockheed Martin.

One parliamentarian warned of inflation-related additional costs and delays in case of failure to do so because the F-35s are in a production slot. If the Swiss order falls out of this slot, “their” fighter jets would have to wait for the next one, explained Thomas Hurter, a pilot by training, of the right-wing Swiss People’s Party.

It was also noted that Switzerland would become somewhat dependent on the US for maintenance, but that would also apply to neighboring Italy and Germany, as well as other European customers. Moreover, Swiss parliamentarians decided that F-5 Tiger jets may not be decommissioned as requested by the Swiss government.

Until the F-35 is flying in Switzerland, the 25 remaining Tigers in the Swiss Air Force can continue to perform tasks such as training.

On behalf of the finance committee, parliamentarian Alois Gmür stated that the purchase of the fighter jets was a fair deal and the funds earmarked fall within the financial policy framework. The Senate’s decision in June to increase the Swiss army budget by CHF300 million was considered justifiable.

The F-35 opponents argued in vain that a tight nationwide vote in September 2020 with 50.1% of the population in favor of allocating CHF6 billion to procure fighters jets was not intended for the F-35. They felt the House of Representatives should have waited for the vote on the “Against the F-35 (Stop F-35)” initiative submitted in August.

The damage to direct democracy – the cherished national political system that allows Swiss voters a say in how the country is run – would haunt parliament for a longtime argued parliamentarian Priska Seiler of the Social Democratic Party. Ida Glanzmann-Hunkeler of The Centre accused the left of the parliament of undemocratic behavior ignoring the will of the people. Marionna Schlatter of the Greens stated that Switzerland did not need attack aircraft and stealth bombers for use in enemy territory and that the people must be given the chance to express themselves on the issue.

Concerns were also raised that Switzerland would lose foreign policy advantages by turning down European fighter jet offers. At approximately CHF6 billion Swiss, the F-35 costs CHF2 billion less than the cheapest competing offer. Swiss Defence Minister Viola Amherd stressed that the US had repeatedly confirmed the contractually fixed price, even in the face of inflation.