Americans’ Personal Savings Has dropped to 3.2%. Do you Think Inflation Is Bad Now? Wait Until Next Year!

Americans’ Personal Savings Has dropped to 3.2%. Do you Think Inflation Is Bad Now? Wait Until Next Year!

Peter Schiff recently appeared on Real America with Dan Ball to talk about the economy, energy prices, and inflation. Peter said if you think inflation was bad this year, wait until next year with a much weaker dollar. 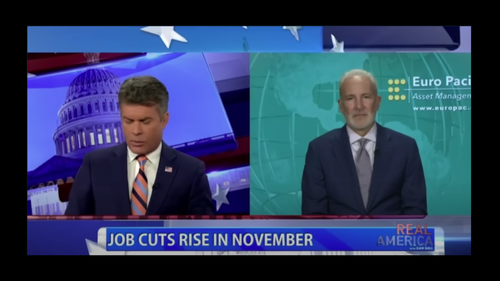 Dan set the interview up with a list of tech firms set to lay off employees. He asked how people can say the economy is just fine when you have tens of thousands getting laid off, nobody has any savings, and when the housing market is tanking.

Dan set the interview up with a list of tech firms set to lay off employees. He asked how people can say the economy is just fine when you have tens of thousands getting laid off, nobody has any savings, and when the housing market is tanking.

Peter said they’re going to keep saying that, but it simply isn’t true. He pointed out that the entirety of the Q3 GDP increase was from a decrease in the trade deficit.

It’s not like it went away. It just got slightly less enormous than it had been. And that was for two reasons. The strong dollar enabled us to buy imports cheaper. But also, all that oil that was released from the Strategic Petroleum Reserve, we got to export that, so that increased our exports and reduced our deficit. And so that helped us out.”

But those impacts are already starting to reverse. The dollar is tanking.

That would mean a drop in GDP in three of the four quarters in 2022. And Peter said the Q4 drop could be the biggest yet.

As far as the petroleum reserves, Peter said we’re going to run out sometime next year.

And I think in California, by the time Biden finishes his first term, and hopefully his only term, I bet you guys in California will be paying $10 a gallon for gas.”

Currently gas in California is just over $5 a gallon. People feel better because earlier this year it was over $6 a gallon. Dan said “the new normal sucks.”

Peter said that if he is right about the dollar going down, the price of oil will go way up.

We’ve had the benefit of a strong dollar for the last year or two. So, if you thought inflation was bad this year, wait until you get a load of it next year when we have a weak dollar.”

Dan accurately pointed out that these price increases due to inflation are a tax. Peter said, “absolutely!”

Every dollar that the government spends must be paid for by the public, one way or another. There are two ways the government gets money from the public. One is honestly, through taxation, where it takes our money and then spends it. But the other way is dishonest. They just print money. They don’t tax us. They print money, and then they spend that into circulation. But when they do that, the price of everything we buy goes up. And so, instead of taking our money, they take our purchasing power. Every time you go to the supermarket and you’re paying a higher price, you’re paying a tax. Those higher prices are the cost of big government. And the more government spends, the higher prices are going to rise.”

Peter and Dan wrapped up the discussion by talking about Biden’s attempt to forgive student loans. A court recently struck the plan down. Peter said that it is hopefully dead in the water because it was a terrible decision.

It would cause tuition prices to rise much faster in the future than they had in the past. And all of it was going to be financed with the inflation tax. What we need is to end completely government’s involvement in education. No more guaranteed loans. No more direct loans. We need to get the government out of education so we can get the free market in, and that will bring prices way down and quality way up.”

Dan summed up the discussion.

Get the government out of every damn thing!” 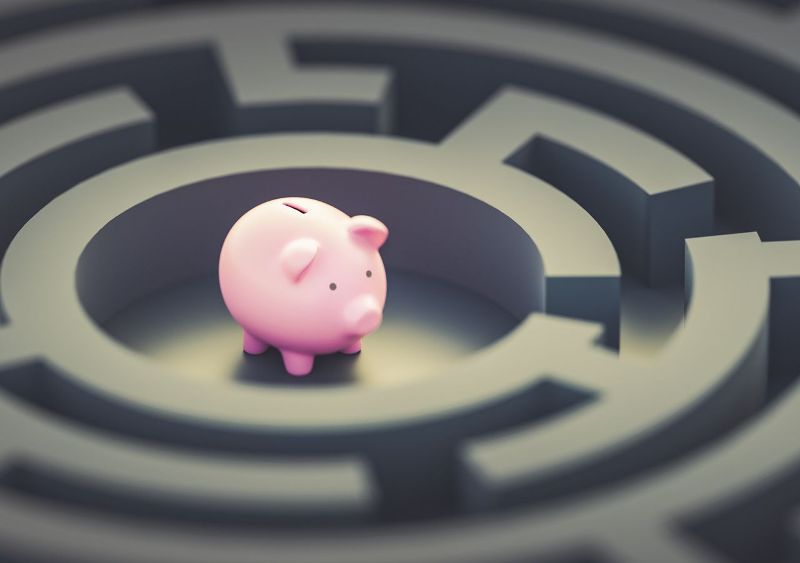 PrevPreviousWe Are Being Warned That The Global Economy Is Having “One Of Its Worst Years In Three Decades”
NextWSJ: State of Indiana Files First Lawsuits Against TikTok… Texas Bans Tiktok on State Phones…Next