Late last year, in response to a tweet from Musk with a lewd meme about bitcoin, Saylor said he should do Tesla’s shareholders a “$100 billion favor” by converting the company’s balance sheet from dollars to bitcoin. “Other firms on the S&P 500 would follow your lead & in time it would grow to become a $1 trillion favor,” he said.

Musk asked whether such large transactions were possible. Saylor replied that they were and that he was willing to share his playbook with the Tesla boss.

A little over a month later, Tesla revealed its biggest bitcoin endorsement to date. It announced that it would invest $1.5 billion in the world’s most popular cryptocurrency and soon accept crypto payments for its products. The automaker used the crypto exchange Coinbase to make its bitcoin purchase, according to The Block.

Saylor called Tesla’s move an “inflection point,” adding that the narrative about belief in bitcoin quickly changed from skepticism to growing acceptance. He said that while it wasn’t “appropriate business decorum” to comment on conversations with a CEO of another public company, their Twitter exchange likely affected Tesla’s decision.

Saylor pushed back on the idea of bitcoin as an example of irrational investor exuberance, involving enthusiasm about news of price increases.

“If you’re looking for an example of real speculation, it would be people speculating upon whether they can squeeze others in a short squeeze and a small stock, like GameStop,” he said. “Bitcoin is not speculation, OK? Bitcoin is a unique new technology, it’s like the Facebook of money or the Google of money. And it grew from nothing to a trillion dollars in monetary value in 12 years.” Bitcoin traded flat at $57,380 in early European trading on Monday. It’s up about 95% year-to-date and more than 885% in the past 12 months. 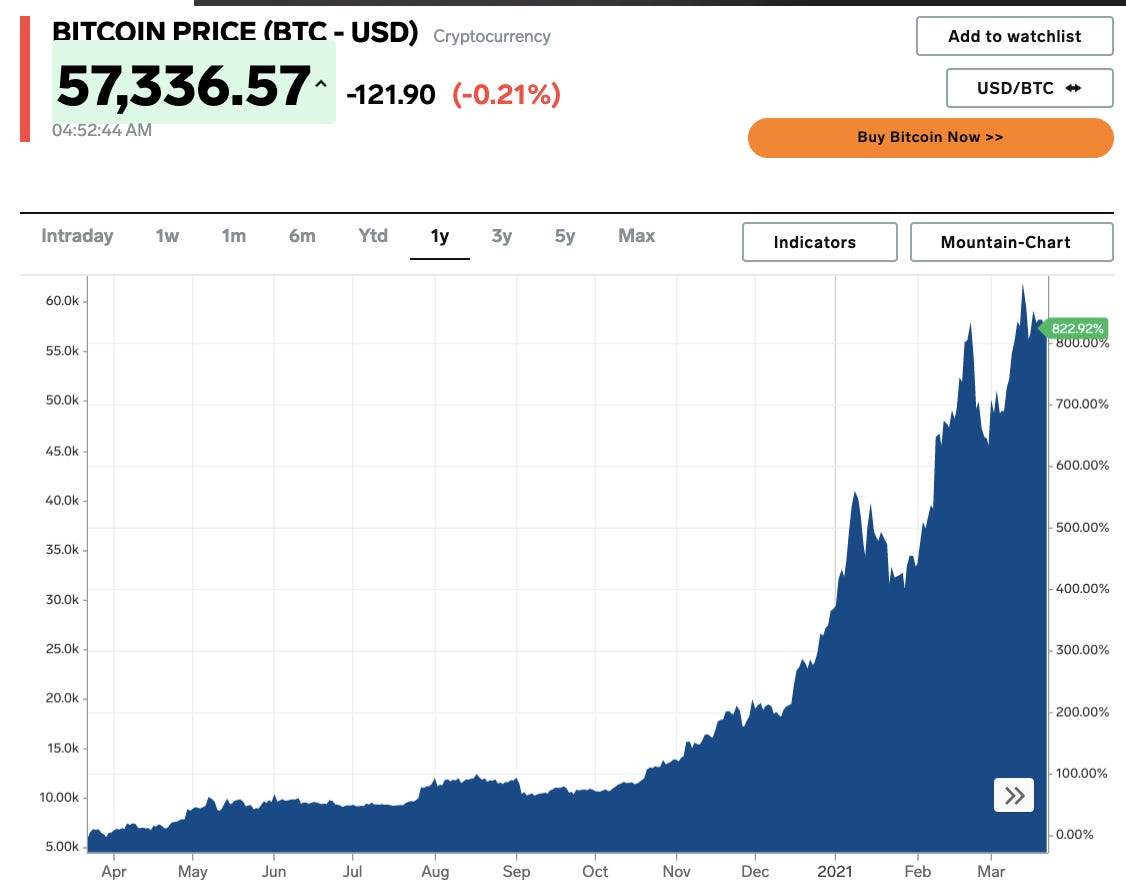