Truthfully, EV Automobiles Are Not Going to Work!

Truthfully, EV Automobiles Are Not Going to Work!

Realistically, until Biden screwed it up, any gas station within an urban area typically serviced two thousand automobiles within a twelve-hour period. I’m talking about gasoline-fueled vehicles. Of course, people come in with gas cans for lawn mowers, tillers, weed whackers, chain saws, leaf blowers, etc. Oil is prosperity. Sunbeams are for Vitamin D, and the wind is for politicians. I’m well aware that many of those items are now showing up in the marketplace as battery-operated devices, so the “woke” crowd can claim just how uninformed I am and that EV is the future, so “get with it!”

So let’s just consider the EV automobile. If it takes you and me, on average, five minutes to fuel up our car at a gas station, how does the EV driver calculate his valuable time while sitting at an EV charging station that has 600, 50-watt chargers?

What is the cost to obtain 30 megawatts of power from the national grid? About $24 million dollars. That would power 20,000 homes in a small city or town. Depending on how empty one’s battery is, topping off a recharge could take as little as half-hour, but, more likely, eight or more hours. How is your time to be spent waiting? Reading Lady Chatterley’s Lover, consulting your emails, or taking a nap?

This question has been studied by experts in the energy field. Their conclusion: “installing electric car charging stations in a city is impractical! “If you’ve got cars coming into a petrol (gas) station, they would stay for an average of five minutes. If you’ve got cars coming into an electric charging station, they would be at least 30 minutes, possibly an hour, but let’s say it’s 30 minutes. So that’s six times the surface area needed to park the same number of cars while they’re being charged. So, multiply the size of every petrol station in a city by six. Where are you going to find the space to put them all?”

Previously I pointed out the economical failings of energy-producing windmills due to exorbitant costs, costs of installation (government subsidized), costs of maintenance, costs of removal, and cost of disposing of those parts (blades) that are not recyclable. I’ll now point out the problems with EV cars that wear out. It is not arguable, that an EV battery will not outlast the shelf life of the car itself. So how can a person sell an expensive used EV when a replacement battery alone costs more than a new car?

News reports already have stories of EV owners destroying their expired and no longer valuable EV transportation assets because they can’t afford to replace the battery. Compare that to selling used internal combustion cars. A big market there and affordable too! The average age of an American gas car on the road is about twelve years. I drove a 1987 Ford F-150 for twenty-three years and got good return value for its condition when I sold it last year, while a twelve-year-old EV will be on its third battery if the owner could have afforded it at $10,000 per battery. I don’t predict too many Tesla’s or other EVs will be seen on our roads in the near future unless the Government mandates we buy one. The question is, how are Tesla owners going to get rid of them?

Of course, for the EV owner, dreams of cheap transportation will quickly fade while sitting in bumper-to-bumper traffic, inching along a few feet at a time, and freezing. Texas’s cold snap a couple of years ago gave us the answer, as did a snow storm that closed US I-95 through Virginia last winter. EV drivers in snow storms need to stay warm, stay powered up, and stay alive. Inconvenient weather makes EV batteries die quickly with all the demands made on them. It’s already happened, but we don’t learn! A dead EV on a crowded interstate, let alone several of them, will clog highways causing traffic to creep along, and pretty soon, more EVs will die, and “Lo” we have a giant snow-clogged parking lot. How do you recharge your EV when you’re stuck out on an Interstate or on any clogged road when the bad weather hits and the battery dies? You don’t!

I haven’t even mentioned the expense of producing these wonderful batteries for sale at $10,000 a pop, the open pit mining for the rare minerals needed, their toxic danger to the environment if disposed of, and the child labor in poor societies (Nigeria) gifted with the important minerals trying to avoid poverty and, in the end paying China for the stuff.

Democrats want Americans immobile, and stationary, thus making us easier to control. The lack of efficient, cost-effective motor transportation will reduce the available food supply, making us even more dependent on the government. Costs of inefficient wind and solar-produced electricity will make us broil in the summer and freeze in the winter, starve for lack of electricity to run the refrigerators that preserve our food, and make us dependent on the government just to survive. The Democrats want this for us so they can establish their Liberal World Order before turning it completely over to the Chinese Communist Party. Nothing happens fast.

We’re slowly being sucked into the quicksand of socialism. If we don’t end this in 2022 and 2024, poverty, death, and disease will be our ultimate reward. 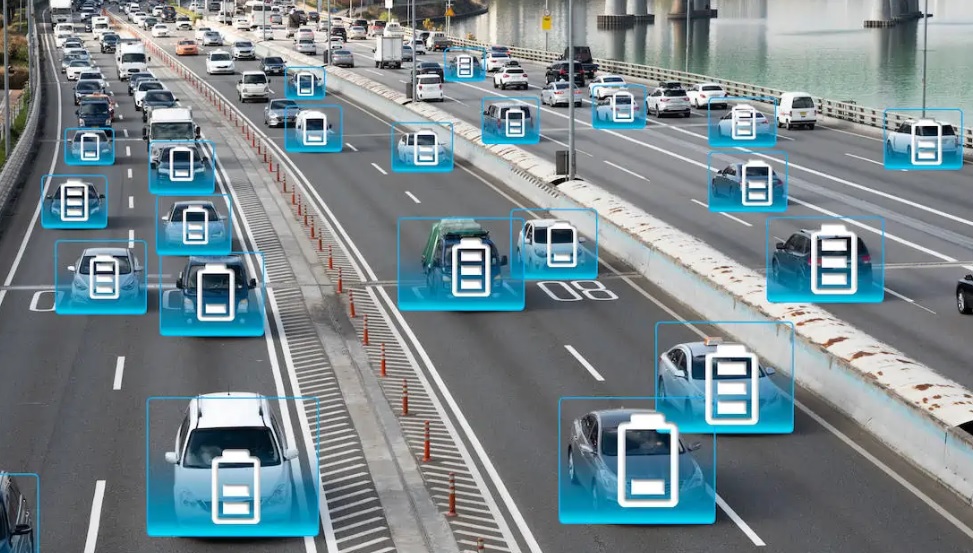