Half of the food production plants owned and operated by Cofigeo, a large French food conglomerate, have shut down as the company says its energy costs are just too high to stay in full operation.

Four of Cofigeo’s eight food production plants are now closed, reports indicate – these amounting to 80 percent of the company’s total production capacity. This means that Cofigeo will only be producing 20 percent of its normal amount of food for the foreseeable future.

Cofigeo owns several other major French food brands including William Saurin, Garbit and Raynal, and Roquelaure. (Related: Back in the fall, French glass maker Duralex halted all operations because it can no longer afford to pay for overpriced energy.)

With this 80 percent scale-down in operations at Cofigeo comes a 66 percent reduction in the company’s workforce. We are told that 800 of Cofigeo’s 1,200 workers are affected by this partial closure of the company’s production facilities.

An announcement was made about all this on December 6 of last year, and it just came into effect on January 2. Cofigeo plants in Capdenac, Pouilly-sur-Serre, Camaret-sur-Aigues, and Lagny have all since shuttered, according to French news outlet Le Figaro.

“This decision aims to cope with the spectacular increase in its energy costs (gas and electricity necessary for cooking and sterilizing cooked dishes and recipes), which will be multiplied by 10 from the beginning of the year,” the company announced in a statement this week.

According to Cofigeo president Mathieu Thomazeau, energy costs are skyrocketing to such a high degree in France that it is simply no longer possible to do business as usual.

“It will go overnight from four million to 40 million euros,” he told the media.

This is fast becoming a problem across many sectors of the French economy as energy prices continue to skyrocket. Not just producers but also retailers are being affected by it, with Perifem, a federation of French supermarket chains, announcing at the end of 2022 that expected power cuts and blackouts this dark winter threaten to cause widespread food spoilage.

Many supermarkets lack the ability or even just the time to prepare for these outages, which government officials initially downplayed as “unlikely” before later admitting that there will probably not be enough power available to keep the lights on in France in the coming months.

“We will not throw away frozen products that have for the most part more thermal inertia. On the other hand, for fresh products that do not last two hours, there will indeed be a significant waste.”

Then there are the ongoing “problems” and “issues” with France’s nuclear power generation fleet, which is already halfway out of operation due to “routine maintenance.” More nuclear power plants in recent days are having added issues, which could result in government officials having to ration what little energy remains.

After January 15, warned Emmanuelle Wargon, France’s Energy Regulation Commission president, France could be in dire straits at the first sign of a cold snap – current weather conditions are unseasonably warm, we are told, which has given France a temporary reprieve from what is soon to come.

Production of fertilizer, an energy-intensive process necessary to grow food, is also threatened by the ongoing energy inflation situation. Will there be enough food to go around once all is said and done here? 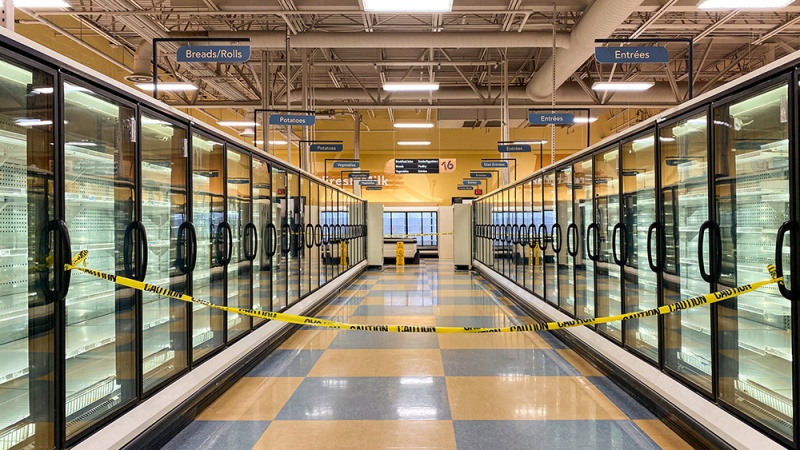