One executive said Twitter’s censors are now in a “very difficult” position, while another reportedly cried.

Leaks from Twitter’s staff meeting to discuss the takeover by Elon Musk show executives getting emotional and trying to cope with the coming changes. On Tuesday, Project Veritas published leaked audio of two executives, while Politico reported that a third one teared up during the Monday meeting.

“Elon made it clear in public that a large part of the reason he bought the platform was because of our moderation policies and disagreements in how we deal with health,” Twitter’s Chief Marketing Officer and Head of People Leslie Berland can be heard saying in the leaked audio. “This puts Twitter service and Trust and Safety as well as anybody who cares about health on the platform in a very difficult position.”

The one-minute recording shared by Project Veritas to the Post Millennial on Tuesday also features CEO Parag Agrawal, who had taken over from company founder Jack Dorsey in December.

Twitter announced on Monday it would accept Musk’s $44-billion buyout. The SpaceX and Tesla founder vowed to take the platform private and return it to its free-speech roots. On Tuesday, Musk noted “the extreme antibody reaction from those who fear free speech,” and said his definition of the term is what matches the law.

“I am against censorship that goes far beyond the law,” Musk tweeted. “If people want less free speech, they will ask government to pass laws to that effect.”

The First Amendment of the US Constitution explicitly prohibits Congress from making any laws infringing on the freedom of speech or the press. 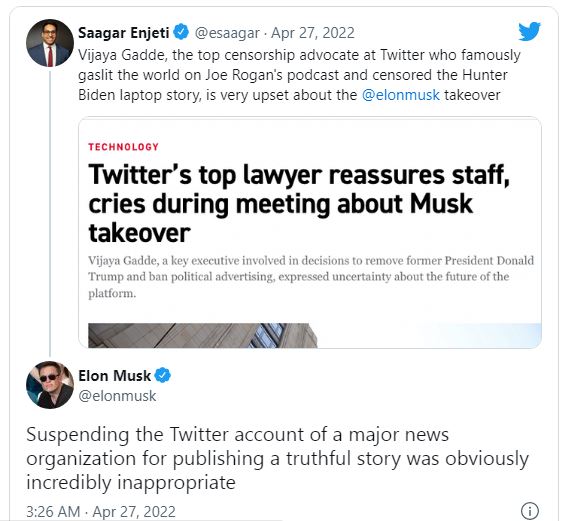 Twitter’s top legal and Trust-and-Safety executive, Vijaya Gadde, reportedly cried during Monday’s meeting at the prospect of Musk’s takeover, according to Politico.

“Gadde cried during the meeting as she expressed concerns about how the company could change, according to three people familiar with the meeting. She acknowledged that there are significant uncertainties about what the company will look like under Musk’s leadership,” the outlet said.

As head of Trust and Safety, Gadde was in charge of defining “hate speech” and “healthy conversations,” and was reportedly responsible for the platform’s decision to ban US President Donald Trump in January 2021, as Dorsey was on vacation at the time. 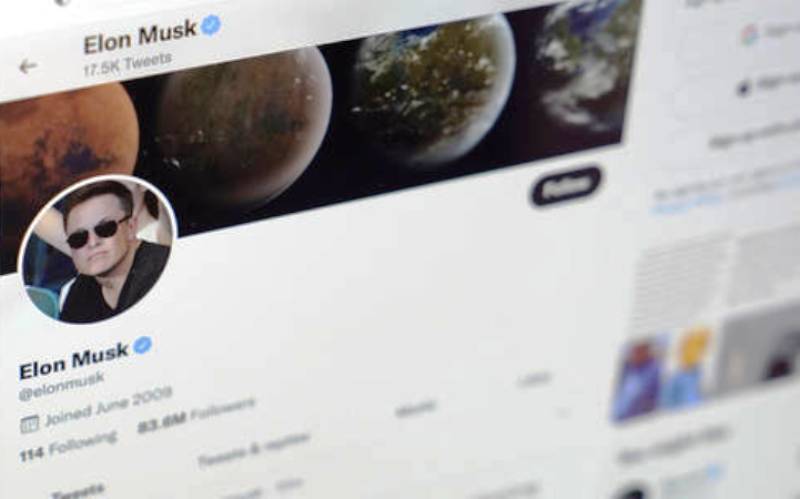