Brief, Simplified History of Marxist Ideology From Marx to Present

Brief, Simplified History of Marxist Ideology From Marx to Present

Brief, simplified history of Marxist ideology from Marx to the present:

In 1848, the Communist Manifesto laid out a handful of primary objectives, including:
– Abolition of property
– Destruction of family
– Destruction of nations
– Destruction of traditional culture
– Founding of a monopolistic, centralized banking system
– Centralization of all production, communication, and transport in the hands of “the state” (the ruling elite)

These objectives are shared by 99.99% of modern Leftists and they haven’t diverged from these goals in almost 2 centuries.

(Btw the Communist Manifesto is like 20 pages long, I recommend reading it).

Marxism before 1923 aimed to achieve these objectives via a “colorblind” proletarian revolution against the “capitalist overlords” that they called the World Revolution. This strategy had failed miserably because the workers overwhelmingly sided with various nationalist movements (mostly Fascism) because they didn’t like the idea of abolishing their families, property, nations, and traditions.

This led to two developmental pathways in Marxism, in the East and the West, both of which converge at the same endpoint.

In the East, Marxism from Lenin onwards shifted focus to the global struggle of the “oppressed races” against the “capitalist imperialists” (White people), while still paying lip service to “proletarian revolution.” You’ll see Marxists describing some ethnic groups as “proletarian nations of the world” and so on, which is just their obfuscatory way of saying “brown people.”

Stalin implemented “socialism in one country”, which was not nationalism — the USSR was a multi-racial empire — but the idea that the USSR must serve as a stable base of operations from which Communism could be spread throughout the world. Stalin had Leninist ideals.

When people claim that “Marxists were based/trad/patriotic in the past,” this is basically only true for the Third World Marxists, who were already serving the globalist agenda simply by revolting against White global hegemony.

Meanwhile, Marxism in the West developed various strategies of cultural subversion (see: Frankfurt School, New School) that aimed to destroy the nationalistic spirit and traditional cultures of the Western proletariat. This was designed to soften up the masses for full globalist conquest and basically boiled down to:
“freaks = oppressed = good”
“normal people = oppressors = evil”

However, Western Marxists were also inspired by the “anti-imperialist” ideologies of Lenin & friends, which eventually led to the creation of things like Critical Race Theory and “intersectionality,” which is the idea that all “oppressed” groups must unite against the “oppressors” (straight White men and, increasingly, White women).

Although much of the Left today does not vocally identify as Marxist, they still advance the primary objectives laid out in the Communist Manifesto.

Furthermore, the Left ideologically dominates the West to such a degree that many Leftists don’t identify with any specific ideology at all. They simply declare that their insane political beliefs are “being a good person.” Some of the most stringent Leftists around today have never read a single word of Marx, or Lenin, or Mao, or Gramsci, Lukacs, Marcuse, Adorno, but espouse their ideologies almost verbatim.

I’ve made all of these points before but I can’t emphasize this enough. It’s vital information for understanding our enemies. 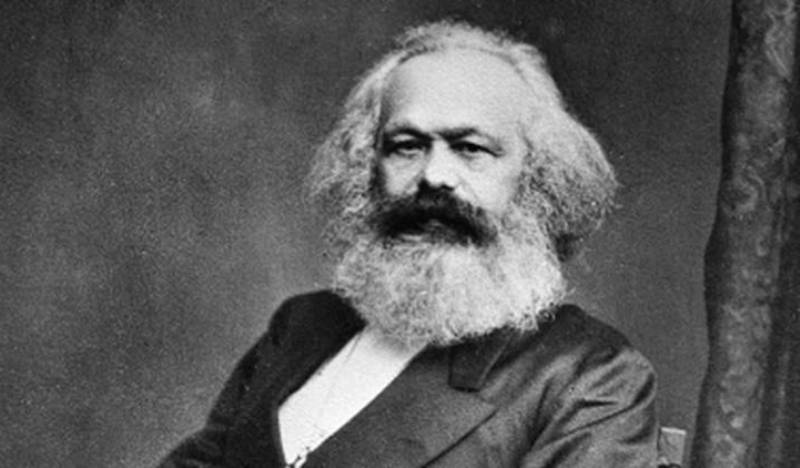 PrevPreviousFood Banks All Over The US Are “Overwhelmed” As Cost Of Living Pushes More Into Poverty
NextAccording to the Researchers, 90.16 Percent of the Accounts Tweeting on the Russia-Ukraine War were “Pro Ukraine” and only 6.80 Percent were “Pro Russia”Next