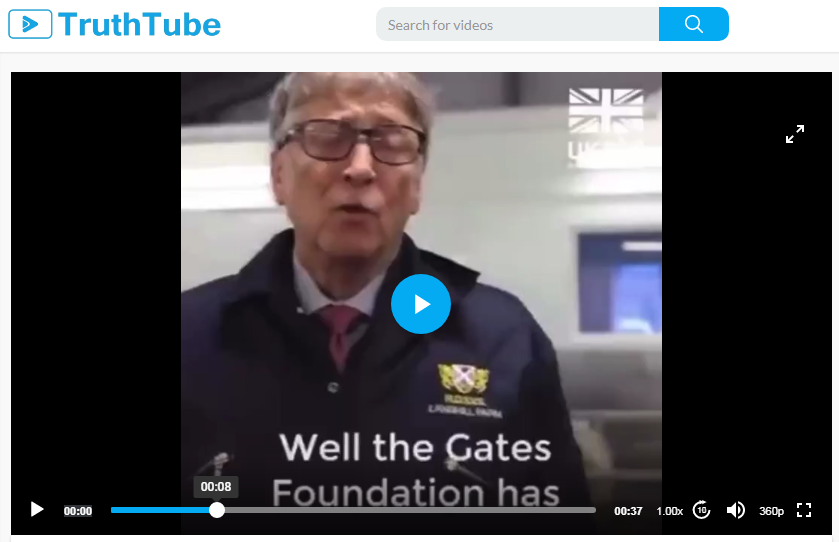 Bill Gates has been giving UKAid tens of millions to genetically modify livestock:

Bill Gates doesn’t only want to vaccinate humans but he wants to vaccinate livestock as well.  This sinister plan is not as he claims to help animals survive so children in Africa and South Asia get more meat, dairy, and eggs.  It is an investment he is making through UKAid, the aim of which is most likely ownership and control of the food sources for the world’s poorest.

In January 2018, Bill Gates visited the University of Edinburgh’s Langhill Farm to launch the university’s Global Academy of Agriculture and Food Security. “[It’s] not just about agriculture and food supply systems but about politics, governance, conflict, environmental change – so many different aspects of it,” the university’s Professor Geoff Simm said.

In the video below, while Prof. Simm is speaking these words take note of the sign on the right of the image.  It stated: “One Planet. One Health. One Chance.”

“One Health” is the nefarious One Health ideology that Peter Daszak, Jeffrey Sachs and Anthony Fauci promote. It is a scheme dreamed up at the US Centres for Disease Control and Prevention (“CDC”) and Davos to effect “The Great Reset” by taking over management of agriculture – both livestock and plants – wild lands and the animals that live in them, and pet health and human health by defining all these entities as “One Health.”

During the joint visit to the University of Edinburgh with Bill Gates, International Development Secretary Penny Mordaunt announced the new UK aid research, which was being carried out by international organisation, CGIAR. CGIAR’s mission is “to deliver science and innovation that advance the transformation of food, land, and water systems in a climate crisis.”

The Bill & and Melinda Gates Foundation is an important partner in the international research and during the visit to Edinburgh announced a further investment in UK based livestock research and development.

In the video below, Gates follows on from Prof. Simm: “The Gates Foundation has partnered with DFID [UK Department for International Development] on a great number of things. And among those are work we do together on livestock helping animals survive either by having vaccines or better genetics,” Bill Gates said.

According to Reuters, the Gates Foundation was investing $40 million in projects to develop livestock vaccines, using software, and make them accessible to the poorest small-scale farmers across Africa and South Asia through the Global Alliance for Livestock Veterinary Medicines (“GALVmed”), a public-private partnership based in Edinburgh.

The New York Post reported that Gates wanted to take genes from British cattle and infuse them with DNA from African breeds to create a cow that can thrive anywhere. “Livestock is magical. You can sell the output and that’s money for school fees. You can keep the output and that’s diet diversification,” Gates said.

According to its website, for the years September 2008 to July 2022 the Gates Foundation has so far invested a total of $182.4 million in GALVmed.

How likely is it that Gates’ motives are to end poverty? Extremely unlikely. Three years before his investment of $40 million to genetically modify livestock to help “the poorest,” Gates wrote in a blog:

Meat is a great source of high-quality proteins that help children fully develop mentally and physically. In fact part of our foundation’s health strategy involves getting more meat, dairy, and eggs into the diets of children in Africa.

But there’s also a problem. Raising animals can take a big toll on the environment.

How can we make enough meat without destroying the planet? – one solution would be to ask the biggest carnivores (Americans and others) to cut back, by as much as half … Cheaper energy and better crop varieties will drive up agricultural productivity, especially in Africa, so we won’t have to choose as often between feeding animals and feeding people … I’m also hopeful about the future of meat substitutes.

The idea in the earlier part of his blog doesn’t match his ideas later in the same blog.  Both can’t be true.

The Gates Foundation has an agricultural agenda that supports agrochemicals, patented seeds, fake meat and corporate control – interests that undermine regenerative, sustainable, small-scale farming. One of the key players in this agenda is the widespread adoption of synthetic meat. Additionally, Gates appears to be behind the push to stop mothers from breastfeeding and encourage the uptake of “human milk” made in a laboratory, along with other varieties of fake food.  We can, therefore, assume the earlier part of Gates’ blog to be a lie.

Subsequently, Gates has quietly become the United States’ largest farmland owner. And he has his eye on farming in Sub-Saharan Africa and South Asia as well. In January 2020, the Gates Foundation announced it was creating a non-profit entity called Gates Ag One that aims to “speed up efforts to provide smallholder farmers in developing countries … with access to the affordable tools and innovations they need to sustainably improve crop productivity and adapt to the effects of climate change.” This scheme is not without financial implications, one being financial burdens on the world’s poorest. The launch of Gates Ag One came shortly before the failure of the Alliance for a Green Revolution in Africa (“AGRA”) – founded in 2006 by the Gates Foundation and Rockefeller Foundation – and the ensuing debt trap for both African farmers and governments was becoming apparent.

Apart from the obvious financial return on his investment, why else would Gates be interested in genetically engineering livestock?  While we don’t know the inner workings of the minds of the Globalists, we could consider a couple of theories which, ultimately, end with the same result – ownership and control by a few self-appointed “elites” with Gates as their front man.

One theory for a push for genetically modified (“GMs”) life forms could be to enable ownership of crops and livestock.  Celeste Solum, a former FEMA operative, has done extensive research on the International Barcode of Life (“IBOL”) project – a Rockefeller initiative which aims to barcode and tag all life.

Why would they want to barcode and tag all life? Solum explained in an 2020 interview that during a 2018 pandemic tabletop exercise titled “Clade X” it was revealed a committee had spent ten years making a new taxonomy or classification for life called the PhyloCode. Instead of the logical groupings – such as birds, insects, reptiles, fish and mammals – the PhyloCode has rearranged the classifications. For example, humans are in the same family as arthropods, dinosaurs and birds.  “It mixes and matches and makes no sense.  But this is by design because with genetic modification they are mixing the species like crazy.  No longer will any life form be pure.  Their goal is to taint every single life form,” Solum said.

And, why would they do that?  Because they cannot patent something from the “old world,” in other words natural life forms, Solum said, they can only patent a new life form.  In short, they want a “new world order” made in their image that is owned by them and completely under their control.

Another theory for GM life forms could be to “sanitise” the planet and make it less biodiverse, and less complicated.  What we are currently witnessing is a worldwide collapse of many ecosystems, and this is not merely an unfortunate side-effect of pollution, excessive use of pesticides and new street lighting technologies but part of an orchestrated plan to reduce biodiversity on the planet and make the world a more controllable and homogeneous place.

What goals do the mass depopulation of animal life and plant life achieve? Quite a few actually. One is that the miscreants want us to eat lab-grown inorganic substitute foods in the future – meat substitutes, vegetable substitutes, even fruit substitutes – so people’s freedom to choose is eliminated. To that end, they are engineering mass shortages of meat, poultry and dairy products and hiking up prices. 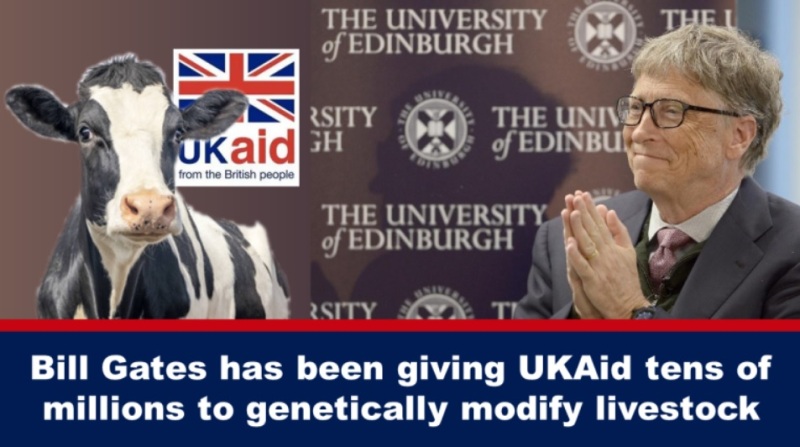 PrevPrevious“Experts” Claim Climate Change is Responsible for the Rise in Cancer
Next“Pedophiles Will Save the World”, Says the World Economic ForumNext