Former Australian Beauty Pageant Star, who also was Miss Grand Fiji, and controversially won the Miss Earth Title in 2018, has become a Tech Entrepreneur, being a Co-Founder of the rapidly growing Truthbook.social, a censor-free social media platform, that’s amassing tens of thousands of users. Most are deserting the aging Facebook.

She said she was invited to become a part of the project with her husband, and other partners last year, after many in the “Freedom movement” were becoming frustrated with constant shadow bans or outright deletion of their Facebook or Instagram accounts. Often for simply highlighting the truth about things like,” how many were getting sick or dying from the C19 injections.”

She said she’s a big believer in freedom of speech, and even though platforms like Instagram has helped influencers like herself bolster their profiles, she believes real influencers should use their profile for the greater good, not just for personal gain or significance. And if you speak too much truth on Facebook, Instagram, or even Twitter, then you’ll soon find yourself being shadow banned or banned altogether.

This isn’t free speech, but complete and utter censorship.

She said this is why alternate social media platforms that don’t censor, are booming. Rumble is worth $4 billion, GAB is up to 20 million users and growing, and there is Trump’s TruthSocial as well.

Although Truthbook.social only allowed users to join at Christmas, it has been allowing 5000 users per month to join and has reached 40,000 users. We have deliberately controlled growth to ensure we can continually improve the product, before allowing too many users onboard.

She said she is helping with the Equity for Influencers Program, which will enable Influencers to become effective millionaires in shares if they build their networks via the platform. She said this is far better then an Influencer getting says $2000 or $5000 to make a post on an advertiser’s product.

When asked does she miss the Beauty Pageant world, her response was a clear no.

“I mean I loved it and as a young woman with Fiji heritage growing up in Australia, I got to travel the world and meet some amazing people and create Global Friendships so it was a blessing. But I’m at a different phase in my life now, and I met my amazing husband, actually at a Black Tie Gala event for Miss Grand Australia in Sydney 4 years ago, where I was the Guest Singer, so I have a lot to be grateful for“, she said.

The newlyweds were married in a stunning wedding at their new home by a large pool overlooking the Islands of the Great Barrier Reef in Australia, in late May 2022, it was reported in the media.

For those fed up with Big Tech censorship, you just might want to check out Truthbook.social
Available as an IOS app or Android or www.truthbook.social 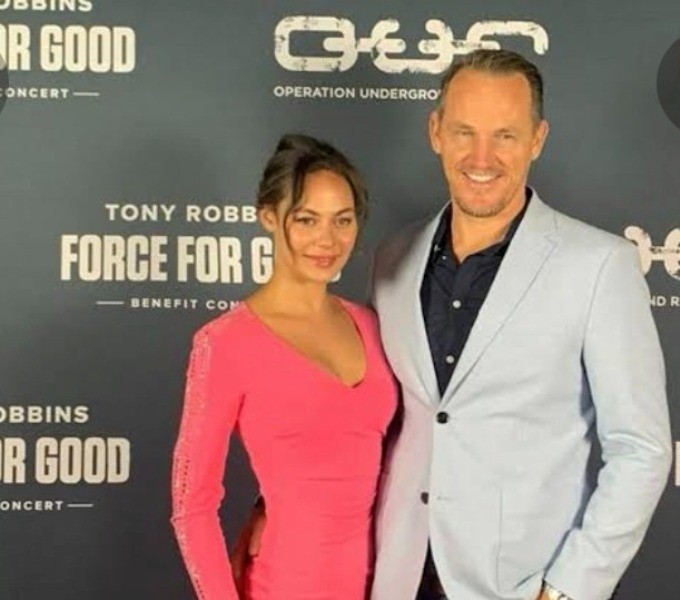 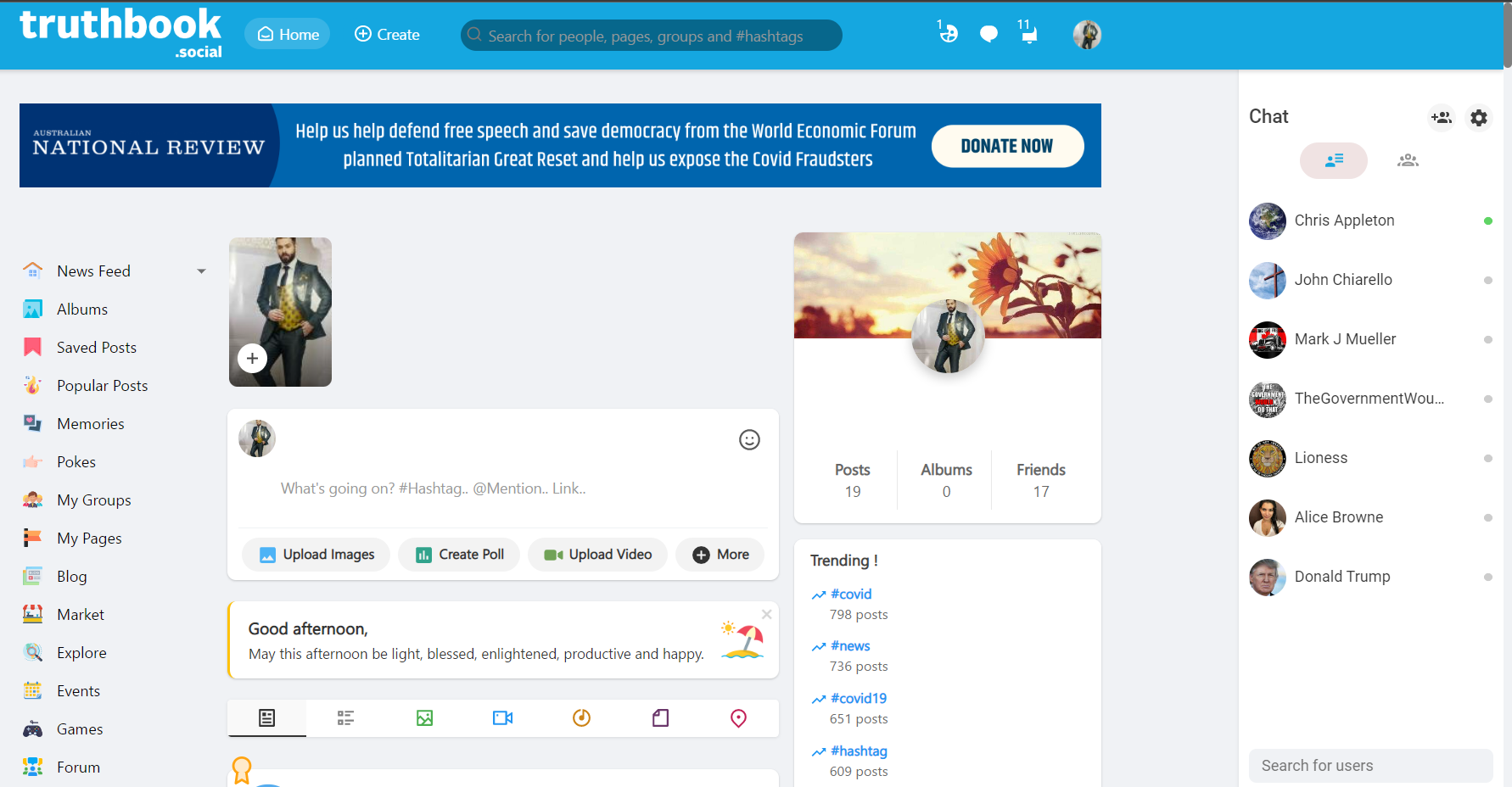 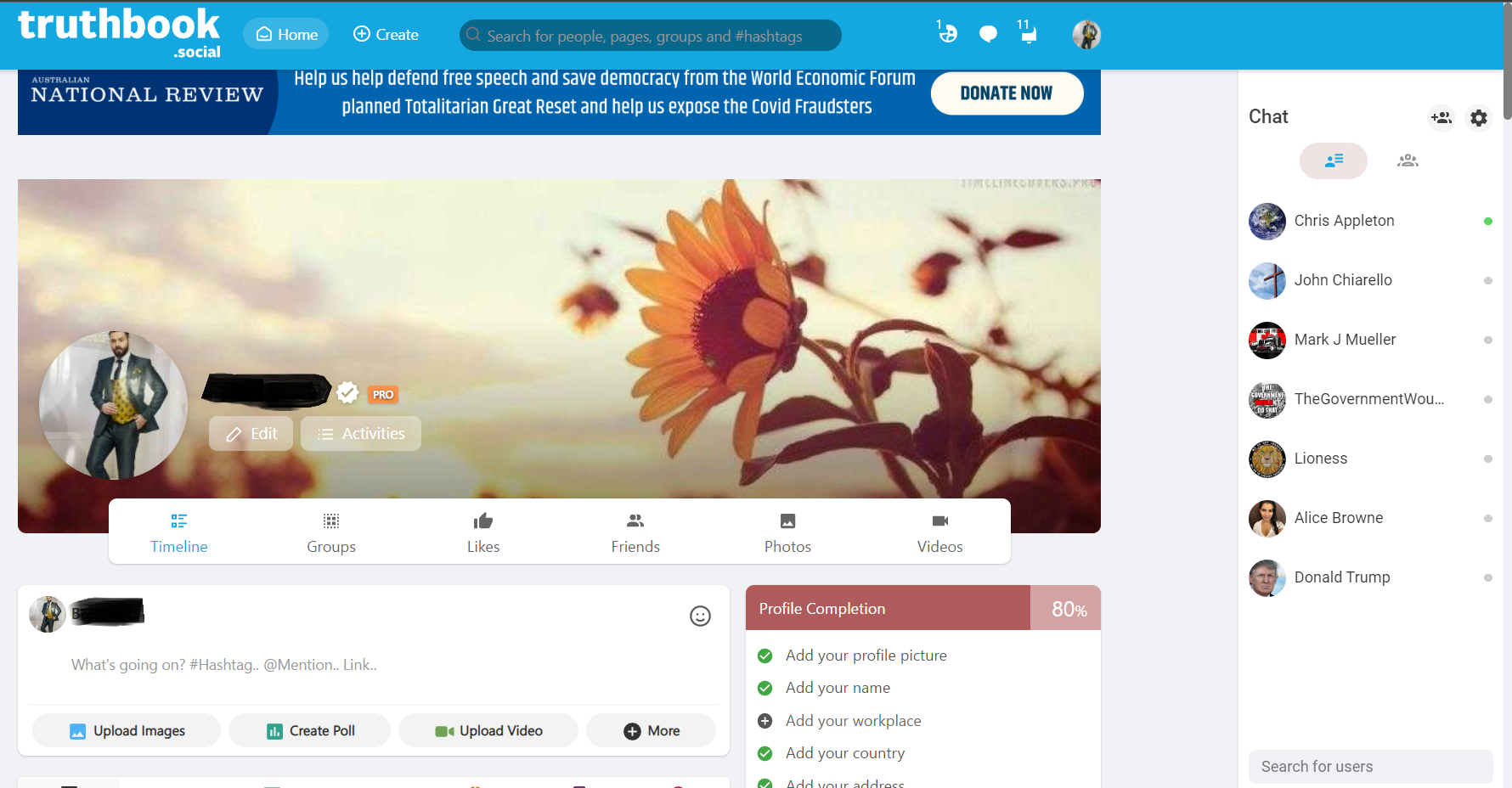 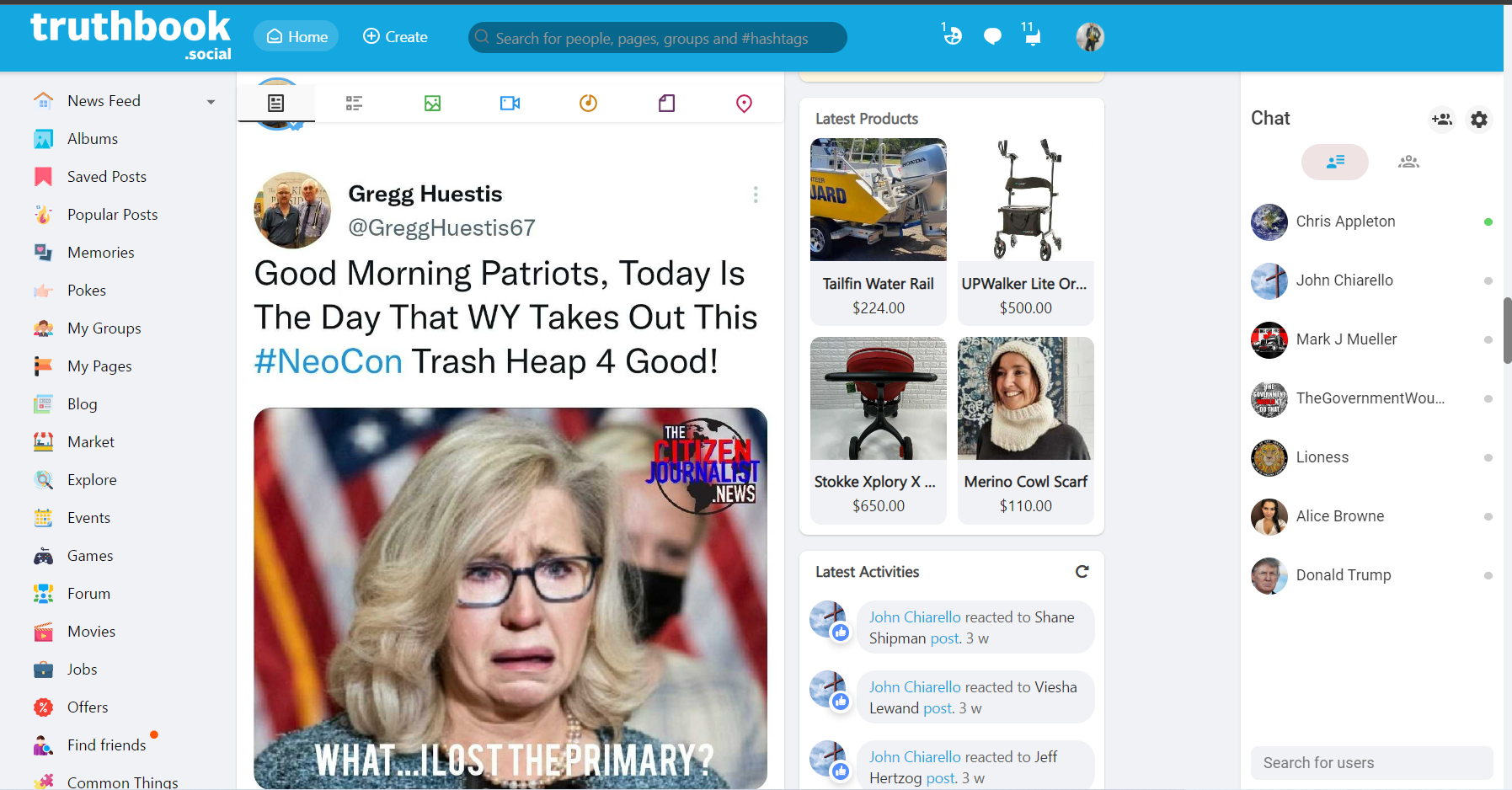 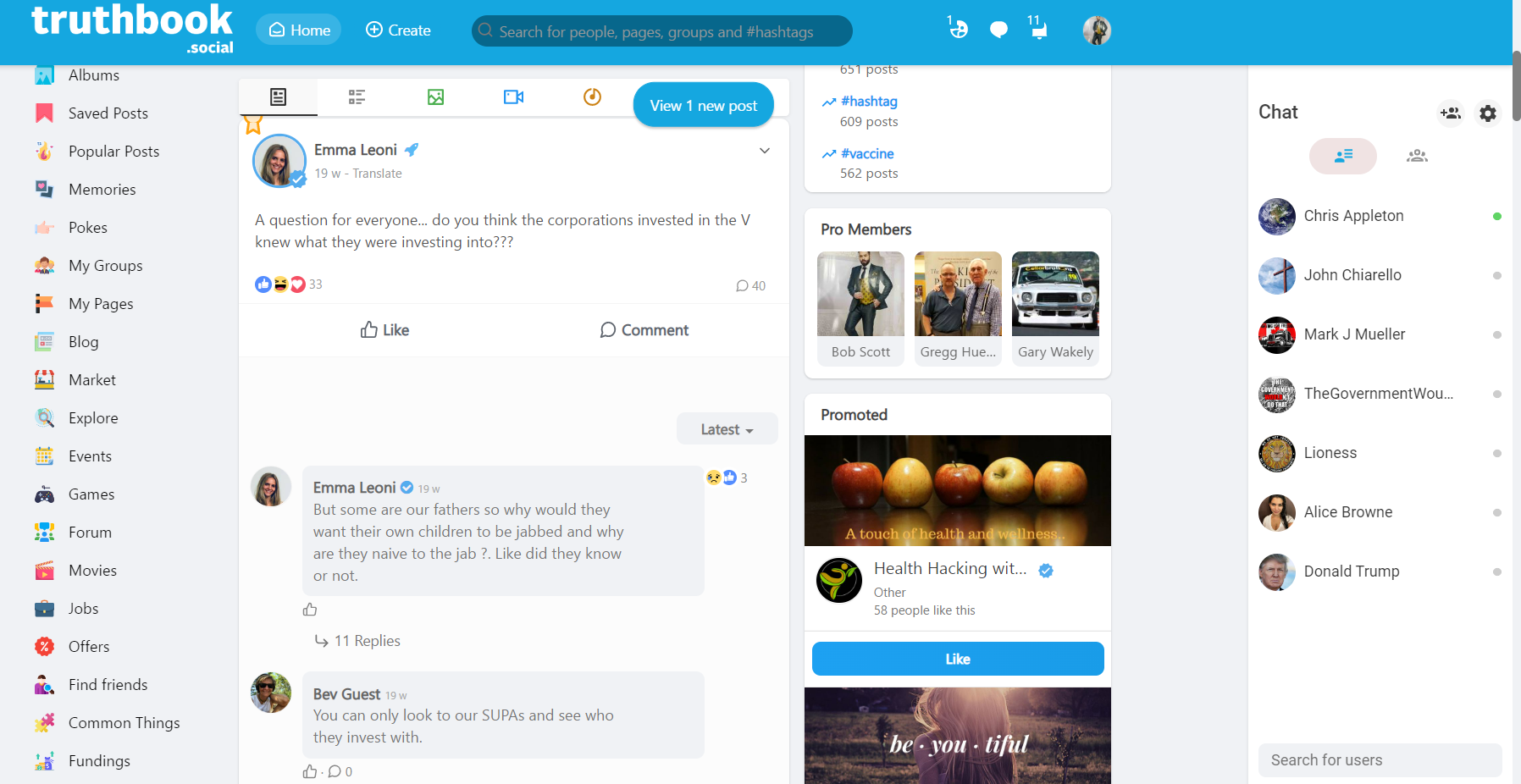 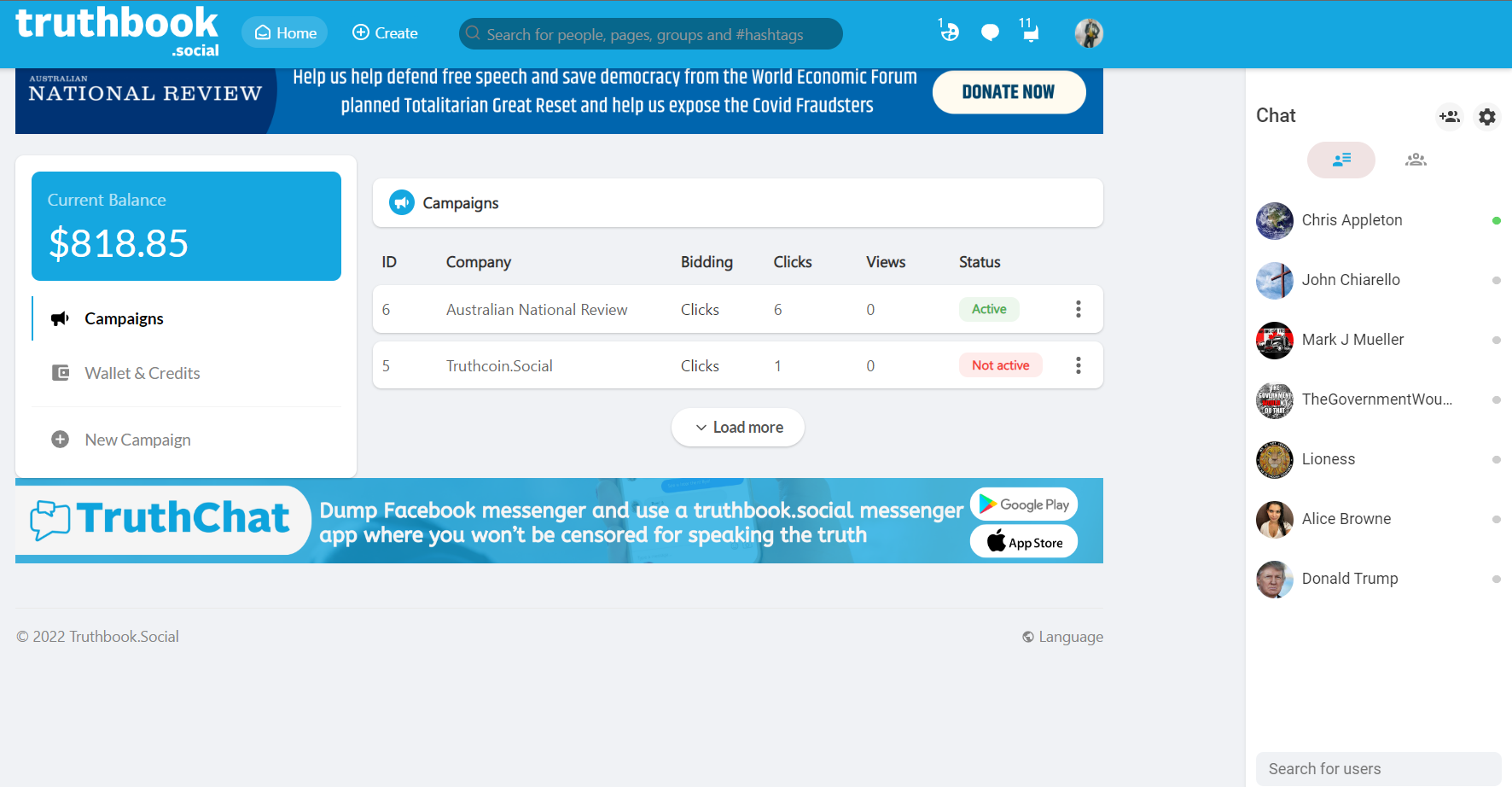