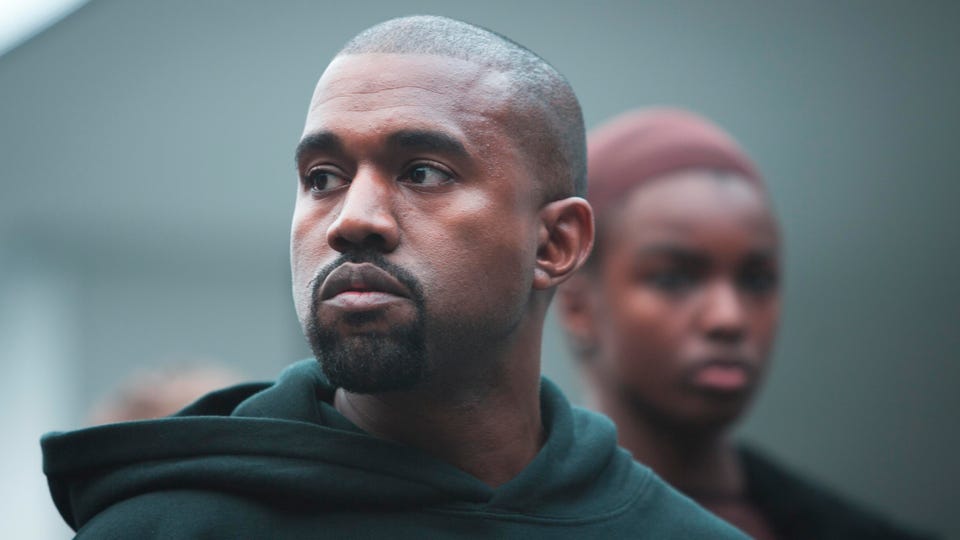 The company said it would take a “short-term” hit of €250m (£217m) to its income for this year after deciding to stop the brand’s business with immediate effect. 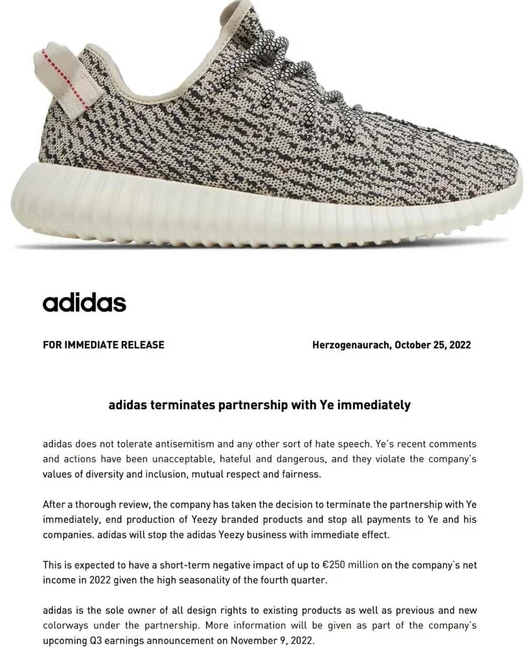 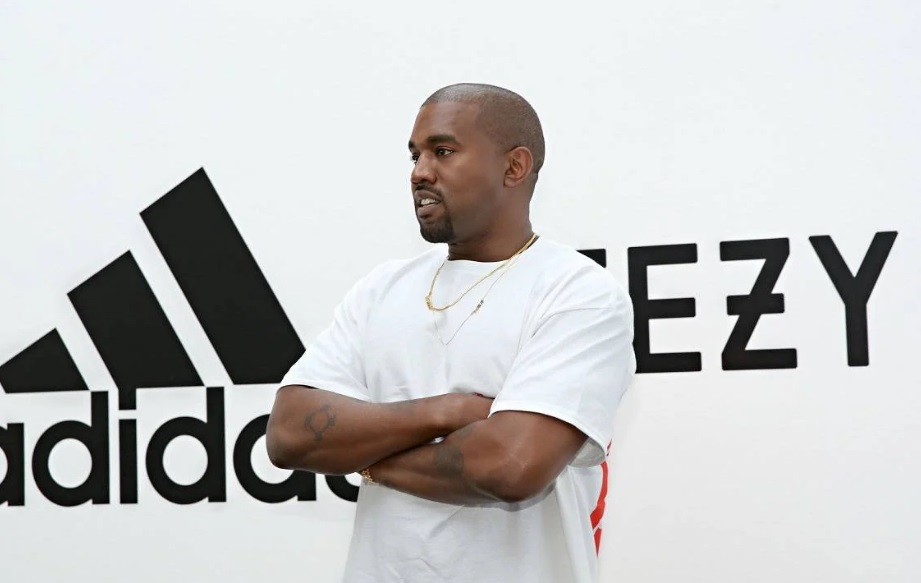 Adidas AG will absorb a hit to earnings of up to €250 million ($247 million) this year to end its partnership with Ye following a rash of offensive behavior from the rapper and designer.

“Ye’s recent comments and actions have been unacceptable, hateful and dangerous, and they violate the company’s values of diversity and inclusion, mutual respect and fairness,” the company said in a statement.

Adidas will terminate the partnership with Ye, end production of Yeezy branded products and stop all payments to Ye and his companies, it said. The decision comes at a price: that line of sneakers accounts for almost half of Adidas’s profits, according to estimates from analysts.

Adidas joins Gap Inc. and Kering SA’s Balenciaga fashion label in severing links with Ye. The rapper has made controversial statements, including antisemitic social media posts in recent weeks, and has moved to cut ties with his corporate partners. Ye didn’t respond to a request for comment.

Adidas shares, already weighed down by the controversy, fell as much as 8.9% in Frankfurt trading, reaching the lowest level since 2016.

The Adidas decision follows weeks of deliberations inside the company, which over the past decade has built the Yeezy line — together with Ye — into a brand that’s accounted for as much as 8% of Adidas’s total sales, according to several estimates from Wall Street analysts.

The German company said it’s the “sole owner of all design rights to existing products, as well as previous and new colorways,” under the partnership. It plans to offer more details as part of third-quarter earnings on Nov. 9.

Adidas earlier this month had called the partnership “one of the most successful collaborations in our industry’s history” and said it would continue co-managing Yeezy products during its review.

That success, however, came with plenty of acrimony between the partners. Ye has accused Adidas of copying his ideas and mismanaging the brand, and taunted outgoing Chief Executive Officer Kasper Rorsted on social media. Meanwhile, Adidas has said it repeatedly tried and failed to resolve issues with Ye privately.

The rapper said in September he wanted to negotiate with Adidas to get a 20% royalty on all the shoes he’s designed with the company in perpetuity.

Ye caused more controversy after that by wearing a shirt at the Paris fashion week that said “White Lives Matter.” He later got locked out of his Twitter and Instagram accounts after making repeated antisemitic remarks — remarks that have created a growing backlash from consumers and celebrities, with some calling for people to boycott Adidas products until the partnership is canceled.

The Ye controversy is one of many headaches for Adidas, which is searching for a new CEO to take over in 2023. The company has lowered its earnings forecast several times this year amid falling demand for its shoes and apparel in China and growing signs of economic trouble in Europe and North America.