Five Green MEPs are suing the European Commission over its ultra-secretive vaccine contracts, arguing that the heavily redacted versions released by the EC “made it impossible to understand the content of the agreements,” in a statement published Friday.

“Secrecy is a breeding ground for distrust and skepticism, and it has no place in public agreements with pharmaceutical companies,” Margrete Auken, a Danish MEP involved in the suit, declared, adding that “the European Commission’s refusal to provide transparency on its vaccine contracts affects the public’s confidence in the EU’s ability to obtain the best possible outcome for its citizens.”

“Purchases made with public money should come with public information, definitely in matters of health,” Dutch MEP and party to the lawsuit Kim van Sparrentak said in the group’s statement, noting that “confidentiality under the guise of trade secrets only fuels uncertainty and fear.”
In addition to Auken and van Sparrentak, the MEPs signing on to the suit are Tilly Metz (Luxembourg), Jutta Paulus (Germany), and Michele Rivasi (France), the chair of the parliament’s committee on Covid-19.

The lawsuit, filed in the European Court of Justice in Luxembourg, comes as EC President Ursula von der Leyen revealed that every EU member state would be required to adopt EU Digital Covid Certificates, a digital health passport issued to those with proof of vaccination, a negative PCR test, or proof of recovery from Covid-19. While the validity period for such certificates was due to lapse at the end of June, the EC is not only renewing it another year, but making it mandatory for all 27 EU countries from July 1. Only 15 are currently using it, according to von der Leyen.

The move comes despite many EU states winding down their Covid-19 restrictions, moving away from some of the stricter measures imposed in the first 18 months of the pandemic. Germany, which had initially sought to require all citizens over the age of 60 to receive a Covid-19 vaccine, has been forced to axe those plans after they were voted down in the Bundestag, though the country’s health minister has warned that the government may reimpose mask mandates, as he expects infections to increase in the fall.

In response to the lawsuit, the EC has insisted it cannot reveal the contracts it signed with the vaccine-makers back in 2020, claiming “the commission is in the business of respecting contracts.” At the time, EU lawmakers who wanted to see the contracts were prohibited from taking notes and forced to sign non-disclosure agreements.

Much of the world seemed to be headed for mandatory Covid-19 vaccination six months ago. However, the realization that despite their manufacturers’ initial promises, the vaccines were no magic bullet – not only incapable of stopping the spread, but incapable of preventing further infection – has cooled public fervor for mandates. Health concerns and complaints of discrimination against the unvaccinated have also contributed to the backlash. However, the manufacturers, as well as most officials, continue to insist that the vaccines are “safe and effective.” 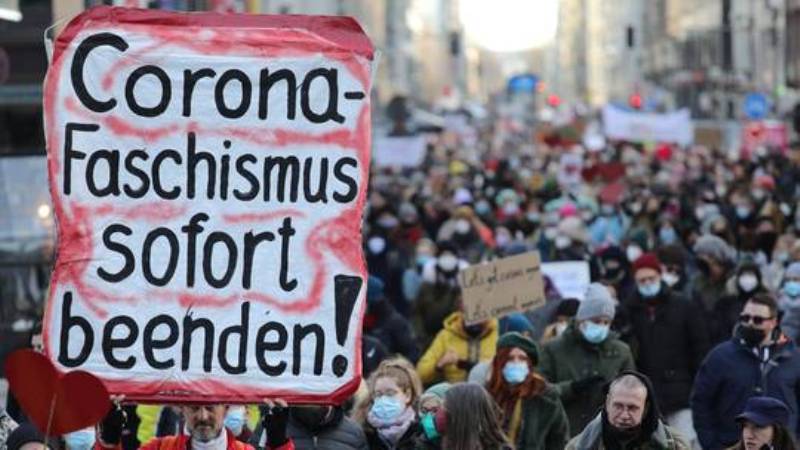