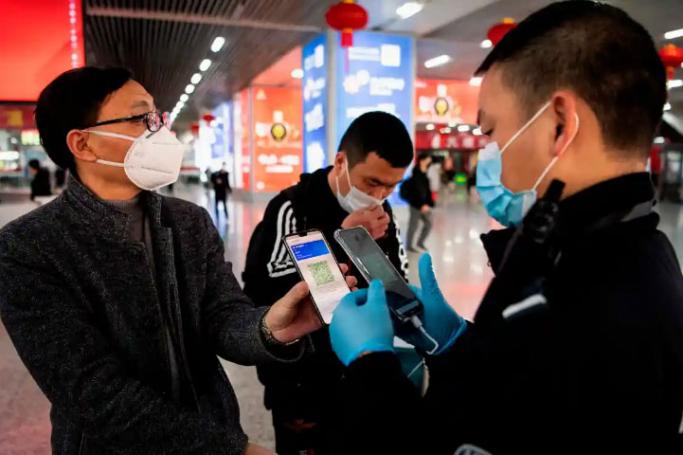 Residents are up in arms over a new “abuse of power” from the Chinese government as the nation clings to its Covid-zero policy.

China relies on a vast coronavirus surveillance infrastructure to carry out rigorous contact tracing as part of its zero-Covid strategy to stamp out all outbreaks.

Residents are required to scan codes on their smartphones to access public venues and transport nationwide. Those with red codes – either infected themselves or contacts of a Covid case – have their movement severely restricted.

Reports emerged this week of numerous disgruntled bank customers getting a red code when they attempted to travel to Henan province’s capital Zhengzhou to demand access to their money after withdrawals were frozen last month.

“Seeing this sent shivers down my spine. Uncontrolled power is too frightening,” wrote a user on Weibo, a Twitter-like social media platform, where hashtags related to the reports were trending Wednesday with tens of millions of views.

One bank customer suddenly received a red code when they arrived in the city, despite having a negative PCR virus test result, state media reported.

Another got it without even leaving their home, while some had their red codes turn green when they left Zhengzhou, reported Global Times, a state-run tabloid.

“This kind of behaviour is not only against social morality, but also suspected of breaking the law,” read a commentary published by the outlet. China relies on a vast coronavirus surveillance infrastructure to carry out rigorous contact tracing as part of its zero-Covid strategy.

Its former editor and prominent commentator Hu Xijin on Tuesday called it a “breach of pandemic prevention laws” that “damages the support of the people for the fight against the virus”.

Health authorities in Zhengzhou told AFP they were “currently investigating” the situation but provided no further details.

Global Times cited Henan authorities as saying a database glitch may be the cause.

Thousands of customers at four rural banks in Henan have had their savings frozen since mid-April after withdrawals were suddenly suspended, as China’s smaller lenders strain under an economic slowdown that has worsened under the zero-Covid policy. China’s authoritarian approach to keeping Covid-19 from spreading has continued to attract criticism.

This is not the first time China’s Covid pass system has come under fire. Rights advocates say it is being used to stifle protests and suppress individual rights.

In recent months, some dissidents have claimed that their health codes turned red when they attempted to travel to major cities to attend trials or to petition authorities.

First Mover Asia: Remember ICOs? You Would Have Made a Fortune if You HODLed; Bitcoin Slogs Toward $20K