If Ever There Were a Time for Financial Freedom, It’s Now

If Ever There Were a Time for Financial Freedom, It’s Now

With Ukraine raising money online and Russia shut out of the financial system, crypto’s liberty proposition was put to the test.

In years hence, when we look back on how cryptocurrencies became integrated into the global economy, this week may be viewed as a turning point.

For one, there was the unprecedented phenomenon of a besieged European government crowdfunding armament procurement with donations from around the world, demonstrating not only crypto’s global capacity for peer-to-peer fund transfers but also the power of decentralized action as decentralized autonomous organizations (DAO) and other crypto communities swiftly mobilized. At the same time, the West’s swift move to cut off Russian banks from the SWIFT messaging system gave people a crash lesson in the gatekeeping plumbing of the incumbent international financial system to which cryptocurrencies offer an alternative.

More importantly, people have been forced to reckon with cryptocurrency’s value proposition and what it means to embrace it.

Crypto is about financial freedom. It has always been about freedom. But at least now we have a stark set of scenarios to help people get their heads around it. I hope that will help them not only see crypto’s potential to change entrenched paradigms but also to consider with more open minds the challenges it poses to our existing priorities and assumptions.

These issues were thrust into the spotlight by decisions from crypto exchanges such as Kraken and Binance to deny a Ukrainian request that they disable transfers to all Russian accounts, indiscriminately. Former U.S. Secretary of State Hillary Clinton told Rachel Maddow that she was “disappointed” that some “so-called crypto exchanges” were “refusing to end transactions with Russia for some philosophy of libertarianism or whatever.”

This might seem reasonable to you. After all, assigning blame between the two warring forces in this conflict is pretty much black and white. So, why not keep the crypto money flowing to Ukraine’s bitcoin (BTC) and ether (ETH) addresses but starve Russia? What’s so wrong with that?

The problem is this isn’t just about blocking the Russian central bank’s assets or seizing the yacht of a Vladimir Putin crony oligarch under order of sanctions. A blanket block on Russian crypto accounts would cut off millions of ordinary citizens, many of whom are now desperate for money as panic provoked by sanctions has drained ATMs of cash and crashed the ruble’s exchange rate. This would arbitrarily and individually target Russian citizens.

Among all those cut off from funds, there’d be no way to determine who among them supports the war. By many accounts, dissent runs far deeper in Russia than the thousands of brave souls who’ve turned up to protests in Moscow and were arrested for their troubles. Given Russian authorities’ standoffish approach to bitcoin, it’s fair to assume Putin’s domestic cronies aren’t big crypto users. Meanwhile, there are a multitude of reasons why it’s near impossible for the government to use crypto to avoid sanctions in any meaningful way, as Blockchain Association General Counsel Jake Chervinsky and others have pointed out. There’s a bigger point to all this: Crypto’s raison d’etre is to be a store of value and a medium of exchange that people can freely use without interference by outside parties. The minute that is impeded, for whatever reasons, that higher purpose is lost.

To be sure, whenever bitcoin users move funds out of self-custody wallets into centralized custodial exchanges such as Kraken and Binance to buy or sell fiat, they relinquish the mode of autonomy on which cryptocurrency’s freedom-inspired ethos is founded. However, the most successful among them are trusted because, consumed by that same ethos, they are aligned philosophically, economically and fiduciarily with their customers’ belief in it (and roundly castigated any time they stray from it). Officials should recognize and support the principled stance these exchanges are taking toward their users.

My own support for it, by the way, does not stem from “some philosophy of libertarianism or whatever.” It is grounded in the practical reality that – to quote the pseudonymous Web 3 thought leader 6529: “There are no other constitutional rights in substance without freedom to transact.” The idea: It’s all very well for governments to profess support for free speech, but if they prevent citizens from obtaining or sending funds to pay for, say, a computer or for internet access, they effectively deny them that right.

The widely cited tweet thread from which 6529’s comment was lifted was produced in response to Canada’s move to force exchanges to restrict crypto payments to people associated with the truckers protest there – a situation that now seems tiny in comparison to the crisis facing the world.

It’s hard to find anything positive arising from the horrors in Ukraine. But if there is one, it might be that Russia’s despicable actions have restored a fervor in the West for the freedoms we enjoy and an acknowledgment that we must fight to protect them.

I hope this newfound awareness of the need to promote and protect financial freedom also arises from this moment. 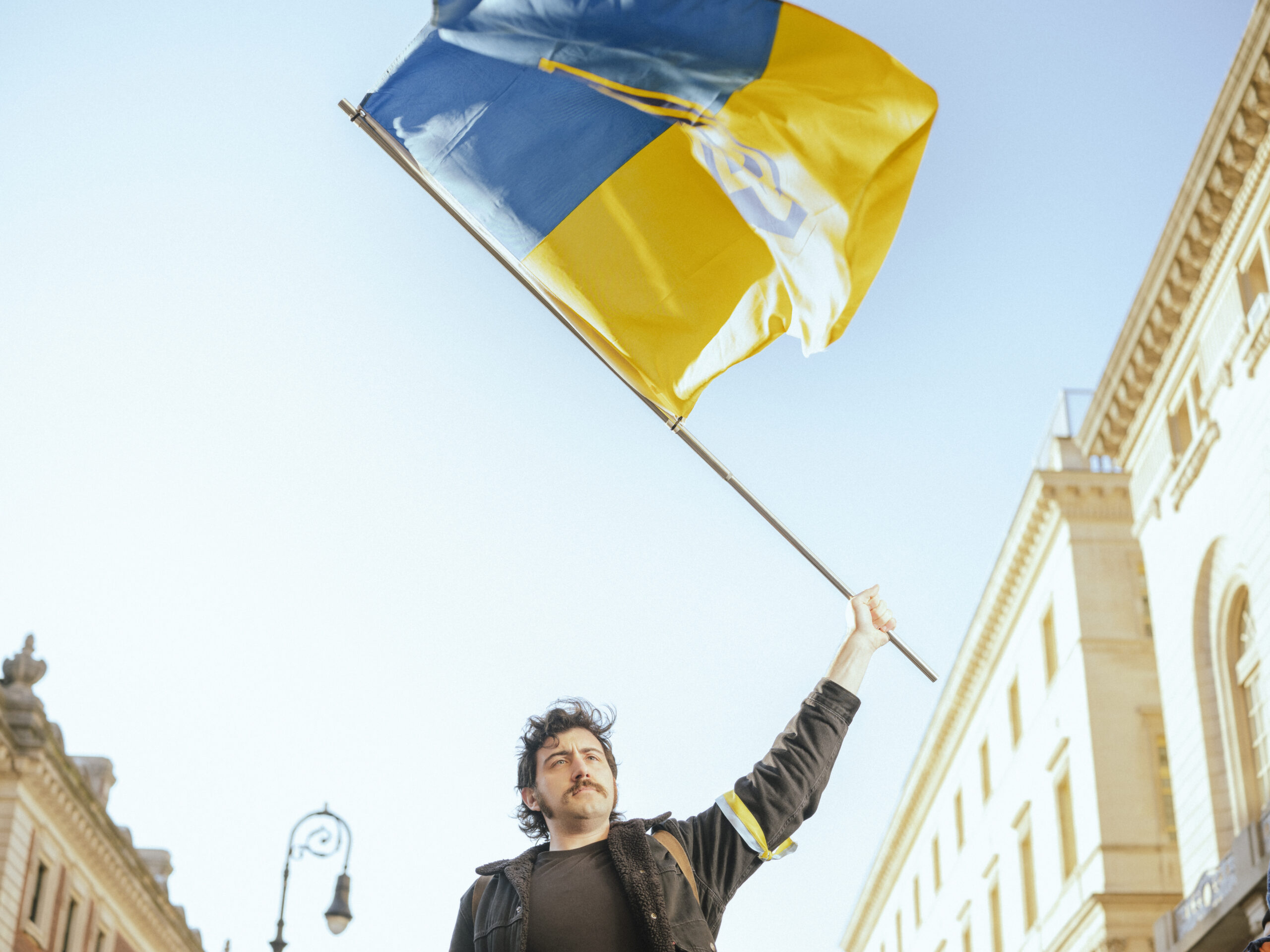 PrevPreviousOpen Science Sessions: Raising a New Healthcare System Out of the C0VID Ashes
NextGlobalists Are Using the Fog of War To Trigger a Global Financial CollapseNext