GameStop Corp. GME 1.28% is launching a division to develop a marketplace for nonfungible tokens and establish cryptocurrency partnerships, according to people familiar with its plans, pushing the company into much-hyped areas as it tries to turn around its core videogame business.

The retailer has hired more than 20 people to run the unit, which is building an online hub for buying, selling and trading NFTs of virtual videogame goods such as avatar outfits and weapons, according to the people. The company is asking select game developers and publishers to list NFTs on its marketplace when it launches later this year, the people said.

GameStop also is close to signing partnerships with two crypto companies to share technology and co-invest in the development of games that use blockchain and NFT technology, as well as other NFT-related projects, the people said. The retailer expects to enter into similar agreements with a dozen or more crypto companies and invest tens of millions of dollars in them this year, the people said.

Grapevine, Texas-based GameStop has been working to reset its business after years of losses. The company was at the center of a stock-trading frenzy last year that boosted its share price, which rode a surge in interest and optimism from individual investors.

Many saw potential in GameStop despite the pandemic’s negative impact on foot traffic and even though consumers have been increasingly opting to download and stream games over the internet, rather than buy the kind of hard copies that the company specializes in selling.

Last year, GameStop overhauled its executive team and board of directors, naming activist investor Ryan Cohen as chairman. Mr. Cohen, who co-founded online pet-products retailer Chewy Inc. and sold it for $3.35 billion in 2017, has been pushing to make GameStop more tech-centric.

The turnaround effort has yet to show significant results in GameStop’s financial performance. In the quarter through October, the company said revenues grew, but its loss widened compared with the same period a year earlier. The revenue growth came from sales of hardware and accessories, while revenue from game software slipped 2%.

“We believe our emphasis on the long term is positioning us to build what will ultimately become a much larger business,” GameStop Chief Executive Matt Furlong said on an earnings call with analysts last month. Mr. Furlong, who joined the company last year from Amazon.com Inc., then mentioned that GameStop was exploring business opportunities involving blockchain and NFT technologies.

There have been signs some investors are losing patience. Through Thursday’s close, GameStop shares had plunged by more than 45% over the past six weeks, though the stock remains far above where it was when investors started piling into GameStop shares a year ago. The stock surged more than 20% in after-hours trading following The Wall Street Journal’s publication of the news.

Diving into the crypto and NFT space puts GameStop on a rapidly growing list of companies trying to cash in on these nascent and largely unproven technologies. A handful of NFT marketplaces already exist and some feature tokens from game publishers. Earlier this week, a marketplace called OpenSea said it raised $300 million in venture capital and is now valued at $13.3 billion, greater than GameStop’s valuation of close to $10 billion.

The videogame industry is likely to play a major role in the adoption of cryptocurrency, NFTs and blockchain technology, analysts say. Gamers are expected to be among the first to embrace the technologies because they are already spending a lot on virtual goods. Virtual real estate in videogames, as well as videogame collectibles, are a rapidly growing segment of the NFT market.

In recent weeks, some of the industry’s biggest publicly traded videogame companies have launched or announced plans to sell NFTs, including Ubisoft Entertainment, Zynga Inc. and Square Enix Holdings Co. Some industry executives and players, though, have expressed concerns about the value of NFTs and developers’ motives for creating them.

By getting into the crypto and NFT space while it is still in its infancy, GameStop hopes to avoid missing out on opportunities to be part of a budding trend as it did with computer-game downloads about a decade ago, the people familiar with its plans said. GameStop tried to get into the streaming of videogames at the time but abandoned the effort. Today, the downloading and streaming of games are rapidly growing trends. 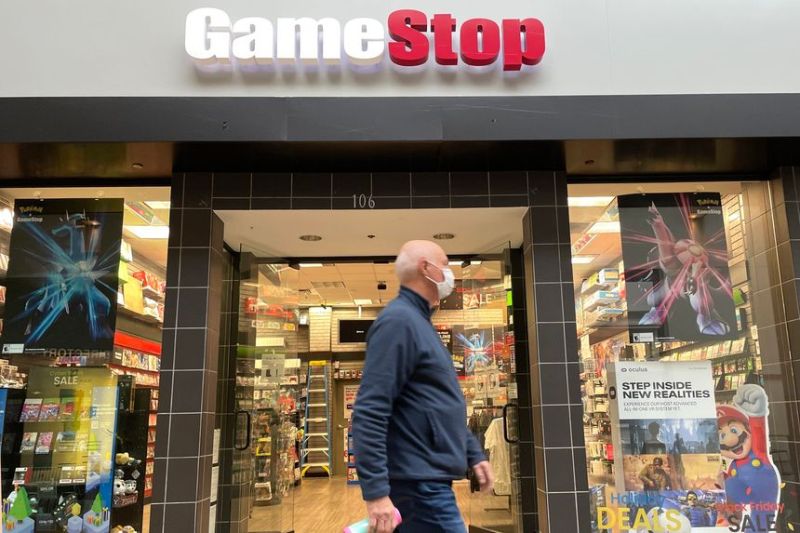 PrevPreviousBitcoin 2.0 Is in Talks To Do Merger With “Our World Coin” the New Resistance Currency
NextNovax Father Says Aus Gov Deliberately Humiliated SonNext