Ethereum mastermind and co-founder Vitalik Buterin published a blog post Friday that, with compelling logic and detail, defended “Bitcoin maximalism.” The post seems largely serious, though its publication on April Fools’ Day introduces all sorts of questions about his real intentions.

The maximalist ethos broadly resists change to Bitcoin itself, while also arguing that more complex blockchain systems have inherent and inevitably fatal flaws. Buterin’s praise for maximalists is shocking because Ethereum itself is the most consistent and high-profile target of maximalist criticism, substantially because of the fragility introduced by the complexity of its smart contract features.

In his post, Buterin frequently seems to echo these critiques of the system he conceived, including taking shots at Ethereum proposals to print money for developers. He even rhetorically badmouths his own habit of meeting with business and political leaders with questionable morals.

“Some of these people … are actively involved in serious human rights abuses that Vitalik certainly does not support,” writes … Vitalik. “Does Vitalik not realize just how much some of these people are geopolitically at each other’s throats?”

While that’s easy to interpret as some sort of ironic troll, what Buterin really seems to be doing here is leveraging the inherent ambiguity of an April Fools’ publication date to highlight the nuance and complexity of the debate over maximalism.

His apparent “attacks” on Ethereum are best interpreted as making the case that the crypto ecosystem encompasses many different approaches, even when he ramps up the rhetoric for April Fools’ trolling purposes. He describes “team ‘blockchain’” – implicitly including many Ethereum folks – as “privileged people in wealthy countries who love to virtue-signal about ‘moving beyond money and capitalism’ and [who] can’t help being excited about ‘decentralized governance experimentation’ as a hobby.” By contrast, he describes “Team ‘Bitcoin’” as “a highly diverse group of both rich and poor people … who are actually using the capitalist tool of free self-sovereign money to provide real value to human beings today.”

That seems somewhat tongue-in-cheek, since Buterin himself hasendorsed decentralized governance as a useful innovation. But it’s always worth remembering that the creator of Ethereum spent years enthralled with Bitcoin before hitting on a possible improvement.

And he seems entirely sincere about the meat of his argument. Amidst the huge diversity of blockchain ideas, he writes, the Bitcoin community’s commitment to caution and willingness to defend Bitcoin with real ferocity are particularly valuable. As he details with examples like Ethereum miners frontrunning users and development-funding tax proposals, the feature-richness of systems like Ethereum comes with inherent risks to predictability and durability. Ultimately, the big risk is that some complex feature will threaten or undermine the decentralization of a system and make it vulnerable to hostile attack. Maximalism is also a valuable defense, he argues, as more money comes into the space, incentivizing short-term returns based on “innovations” that can undermine cryptocurrency’s core premise.

“Systemic effects are real,” Buterin writes, “And it’s just not possible for a currency to ‘enable’ an ecosystem of highly complex and risky decentralized applications without that complexity biting it back somehow. Bitcoin makes the safe choice.”

That “safe choice,” as Buterin spells it out, is to focus on “just being money,” instead of introducing secondary functions that could undermine Bitcoin’s monetary proposition. “Bitcoin just being money reduces pressure for core developers to keep adding features to ‘keep up with the competition’ and ‘serve developers’ needs,’” he writes. He credits the “toxicity” of maximalists with pushing back on the continuing pressure to “innovate” and introduce new risks.

Though Buterin doesn’t explore the idea, that “just money” ethos also benefits the rest of the crypto ecosystem by providing a financial backstop for the more radical experiments in the space. Sometimes this is very direct, with bitcoin serving as collateral for other tokens such as terra – though recent uncertainty about the security of cross-chain “bridges” could be a threat to that role.

I’ll admit I’m projecting a bit, applying my own frame to clarify a beau geste best appreciated in all its ambiguous playfulness. But squinting just slightly, you may see Buterin’s bigger point too: that when Bitcoin wins, everyone benefits. Thank your local toxic maximalist. 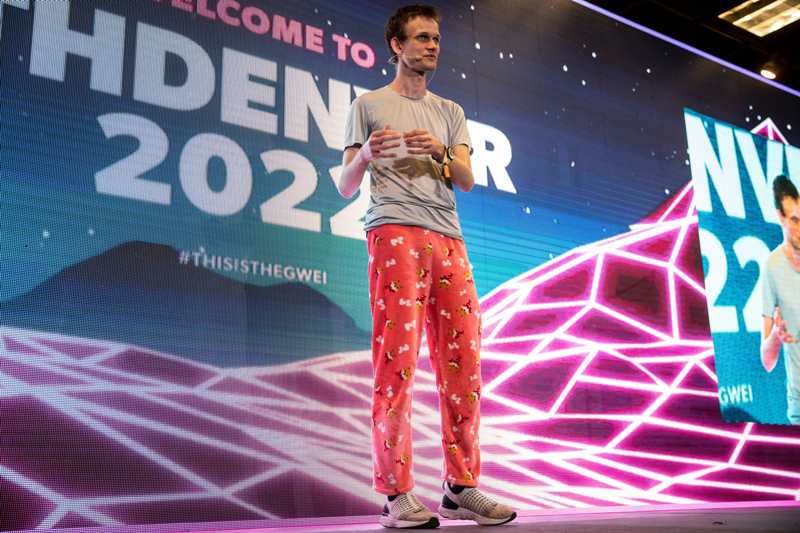