Cryptocurrency Has an Impact on Economies. That’s Why Some Are Afraid of It – And Some Welcome It

Cryptocurrency Has an Impact on Economies. That’s Why Some Are Afraid of It – And Some Welcome It

One month into 2022 and the debate on cryptocurrency is already heating up, with calls for regulation causing a rift between jurisdictions that are “crypto friendly” and those that aren’t.

But which will determine the future of the market?

Russian Deputy Prime Minister Dmitry Chernyshenko has reportedly signed a roadmap to regulate crypto operations in Russia. The news comes after Russia’s central bank published a consultation paper that proposed a blanket ban on crypto-related activity in the country.

The paper, titled Cryptocurrencies: Trends, Risks, and Regulation, states “a wider adoption of cryptocurrencies creates significant risks for the Russian financial market”. It says non-state-based currencies pose a threat to citizens’ well-being, through loss of investments as a result of market volatility, scams and cyber attacks.

Jurisdictions have grappled with the idea decentralised digital currencies provide an alternative to sovereign currency — and thus pose a threat to central banks’ power over monetary policy.

Although Russia has stopped short of completely stifling operations inside its borders, the latest events follow a broader trend of nations struggling to embrace cryptocurrency. Future bans or regulations will determine the future of the industry.

China has banned cryptocurrency trading multiple times. An outright ban on crypto mining last year was a massive loss to the industry, as most crypto mining happened in China.

Mining involves running software on computer servers to solve cryptographic algorithms. This process validates transactions and maintains a shared record of transactions across the blockchain network. People who participate, the “miners”, are automatically rewarded in cryptocurrency.

Mining is an international industry, and large capital outlay goes towards the land, power and infrastructure needed to set up mining warehouses.

The mining ban in China drove miners to sell or ship their equipment overseas and invest capital in friendlier jurisdictions, particularly the United States. One consequence was the strengthening of the network, as mining operations were diversified. As such, future bans may have less of an effect on the market.

Currently, most Bitcoin mining occurs in the US, Kazakhstan, Russia, Canada, Malaysia and Iran. Some networks face great challenges. In Kazakhstan, for instance, power has reportedly been rationed away from miners to conserve energy during electricity shortages, forcing miners to leave the country.

Reports estimate this will cost Kazakhstan’s economy $US1.5 billion ($2.14 billion) over the next five years, including $US300 million in tax revenue.

Crypto has come a long way since Bitcoin’s anonymous launch in 2009. There are now thousands of cryptocurrencies, with an estimated total market cap of $US1.66 trillion ($2.36 trillion).

It’s often stated, including in the recent report from Russia’s central bank, that the anonymity of cryptocurrencies enables illegal activity such as money laundering, terrorism financing and drug trade.

This isn’t entirely true. In fact transaction history on public blockchains, such as Bitcoin and Ethereum (the largest by market capitalisation), is public.

Many governments (including those of Australia and the US) collaborate with large private blockchain analytics firms to monitor citizens’ crypto wallet addresses and transactions. They do this to mitigate risks of money laundering and tax evasion.

Contrary to popular belief, most cryptocurrencies aren’t anonymous; they are pseudonymous. If a person’s identity is linked to their wallet address via a central touch point, such as a cryptocurrency exchange or an email, that wallet is traceable to the individual.

Research (commissioned by Zcash but carried out by the Rand corporation) found there isn’t widespread illicit use of “privacy coins” preserving users’ anonymity.

Cryptocurrency continues to become increasingly mainstream as an investment asset class, technological infrastructure and a social experiment in non-state-based infrastructure.

With this, crypto communities hold growing influence in public policy debates. For example, crypto advocates were able to slow down a major federal government infrastructure bill in the US last year.

Yet jurisdictions are choosing different pathways regarding policy and regulation. Some such as China and Russia view it as a fiscal and ideological challenge to sovereign monies. Others view it as an opportunity for innovation, investment and economic growth.

As different approaches emerge, 2022 may be a defining year for both the crypto industry and those competing to either ban or welcome it.

At the same time, the effects of policy and regulation on the industry demonstrates cryptocurrency isn’t a completely decentralised thing that exists only on the blockchain.

In the competition to limit but benefit from cryptocurrency, Australia has emerged as a potential destination of “crypto friendliness”. A report published in October by the Senate Select Committee on Australia as a Technology and Financial Centre looks favourably on cryptocurrencies.

Australia’s choice is to capture the enormous economic potential of decentralised digital assets. How this will impact the national economy remains to be seen. But if history is a lesson to be learned from, we can expect policy to shape outcomes. 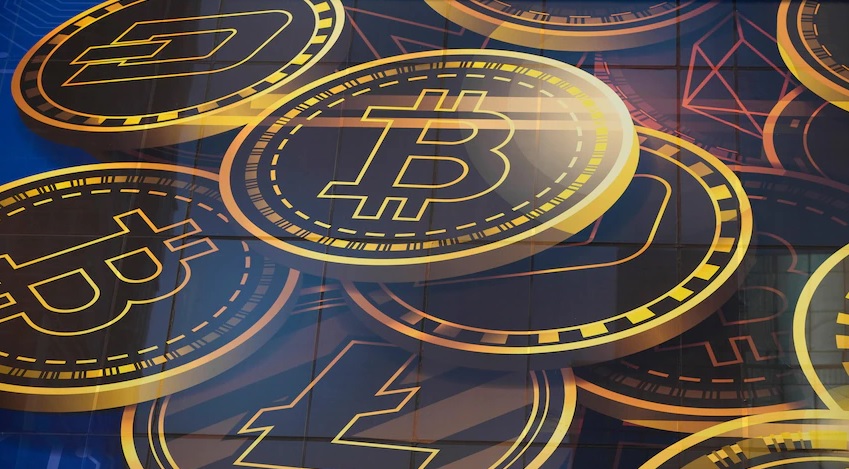