As they near the end of a blockbuster year for NFTs that saw more than $10 billion in transaction volume, today’s NFT project developers are finding themselves facing a dilemma — whether to chase today’s dollars or tomorrow’s users.

Dapper Labs, maker of one of the year’s more mainstream breakout NFT hits NBA Top Shot, has been looking to convince investors that it can court developers to bet on the latter. Today, the startup recently valued at $7.6 billion is showcasing some of the fruits of this pursuit, debuting the product of its partnership with avatars-for-the-stars startup Genies — an ambitious NFT storefront which the startups hope will serve as a hub for web3 digital identity, allowing users to create animated avatars and outfit them with NFT accessories.

The new platform, called The Warehouse, is launching today to a small network of invite-only users before gradually going out to a wider audience in the coming months, both startups tell TechCrunch.

The new platform will allow users to outfit 3D cartoon avatars that they create inside the Genies app with masks, shoes, backpacks and other digital accessories minted on Dapper’s blockchain network called Flow. Genies tells us that the majority of items in the store will be sold for less than $20, though that’s notably just for primary sales; owners of those goods will decide the market for secondary sales of individual items. The Warehouse notably won’t have its secondary marketplace enabled at launch, an effort the Genies team hopes will give the community some time to focus on the product rather than resale values. 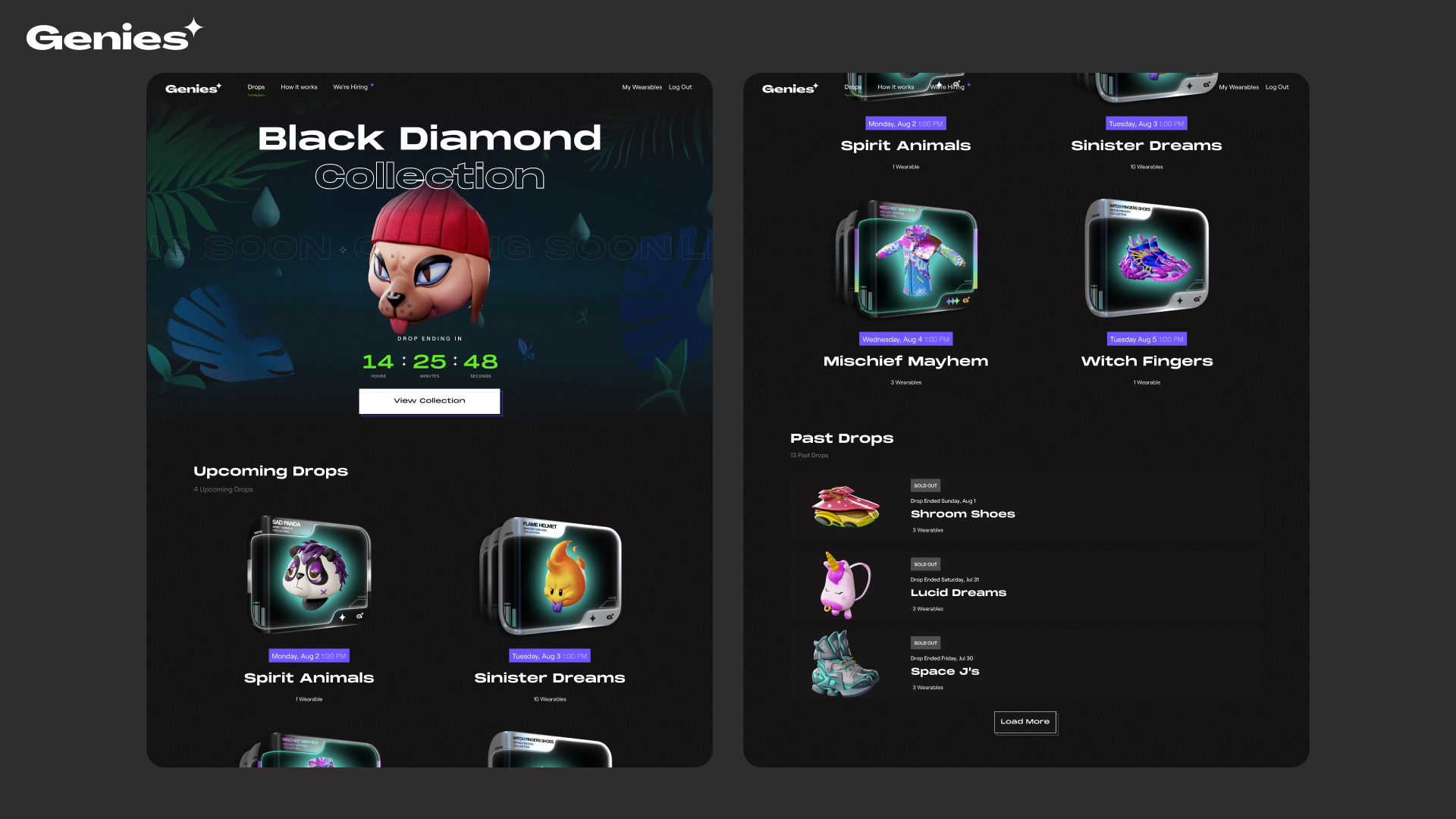 Genies has notably already experimented with selling digital apparel and accessories inside its native mobile app, though that venture did not include a blockchain or NFT-related element. Genies’ foray into NFT economics is a bet on Dapper’s particular brand of blockchain, one that may be less decentralized than networks like Bitcoin or Ethereum, but one which offers a number of baked-in user benefits, including lower fees, higher transaction capacity and a developer platform that’s friendly to web3 “luxuries” like processing credit cards and users forgetting their passwords.

Flow is certainly not the only bet on a more consumer-friendly blockchain with lower fees and friendlier onboarding, though Dapper has raised some $600 million from investors on the promise of its future success. Competing Layer 1 chains like Wax and Solana have seen more action from native NFT projects in recent months as developers aim to tap into the platform’s strengths and the wallets of coin holders. Venture investors have also minted several new crypto unicorns this year that are aiming to scale the Ethereum blockchain with “rollup” products that allow developers to leverage the network’s security while processing and bundling transactions on a secondary chain.

NBA Top Shot’s meteoric rise earlier this year brought a lot of attention to Dapper, which saw monthly transaction volume go from less than $1 million in December 2020 to nearly $225 million in February 2021. These days, Top Shot’s network of buyers and transactions sits far below those of its most notable competitor, Axie Infinity, which had over 520,00 unique buyers in November compared to Top Shot’s 64,000 according to crypto analytics site CryptoSlam. While the broader NFT market has exploded in value since Top Shot kickstarted the party, the vast majority of new high-traffic projects have embraced Ethereum, aiming to tap into the hundreds of billions of liquid crypto wealth flowing through that network. 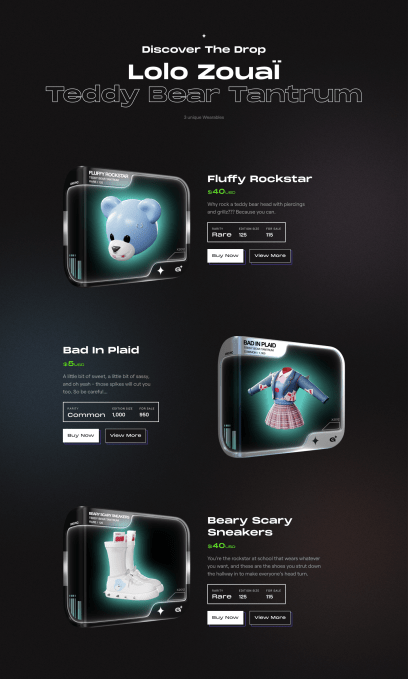 The launch of The Warehouse is a particularly big moment for Dapper, as it looks to court developers and catch fire again while learning from its mistakes with Top Shot, which struggled early on to keep up with a scaling audience and has frustrated some early adopters who have seen the value of their NFTs sink as Dapper has continued issuing more and more NFT Moments.

“The Genies Warehouse is the biggest release on Flow since NBA Top Shot and we’re looking forward to a similar success,” Dapper Labs CEO Roham Gharegozlou said in a statement.

While Genies is far from a household name today, the startup’s high-profile partners most definitely are. For years avatar startups have been popping up, hoping to capture a piece of the “digital identity” pie, but game makers have been uninterested in adopting third-party systems and celebrities have been too busy dissecting social media influence to bother thinking about virtual worlds.

Genies has been more successful than any startup in recent memory at building out a network of celebrity partnerships for a product that has a decidedly niche vision of the future of the web, albeit one increasingly shared by investors as the startup has more fervently embraced NFTs publicly this year. Last week, Genies announced a partnership with Universal Music Group to host avatars and digital goods from the group’s roster of recording artists. Genies has already enjoyed partnerships with a who’s who of entertainers, including figures like Justin Bieber, J Balvin and Cardi B.

In May, Genies scored the endorsement of Mary Meeker’s venture fund Bond, which bankrolled the startup’s $65 million Series B.

While NFTs have enjoyed a fair-weather embrace by the tech industry and venture investor class, there seems to be plenty of evidence that consumers are still skeptical of how expensive digital items that look identical to the ones they’ve bought inside games for years are supposed to revolutionize their online experience.

Last month, chat app Discord found itself at the receiving end of a wide user backlash after CEO Jason Citron tweeted a screenshot of an integration with NFT wallet platform MetaMask. After thousands of replies poured in, many of them critical, Citron followed up with a tweet clarifying that it was merely an “internal concept” the the company had “no current plans to ship” and that “Web3 has lots of good but also lots of problems we need to work through at our scale.”

Both Dapper and Genies are aiming to cut through some of the NFT industry’s baggage with The Warehouse’s debut.

“This is not an avatar 10K profile picture project or us bringing culture to NFTs and crypto,” notes Genies CEO Akash Nigam. “We see this as the first step in creating a digital identity across the metaverse for consumers and plan to give the wearable creation tools to consumers and talent down the road.”