Can the Kremlin Use Crypto to Evade Sanctions? Doubtful, Experts Say. But for Some Ordinary Russians, It’s a Lifeline

Can the Kremlin Use Crypto to Evade Sanctions? Doubtful, Experts Say. But for Some Ordinary Russians, It’s a Lifeline

The Kremlin won’t be able to use virtual money to evade sanctions from Western companies, Binance founder Changpeng Zhao said Friday, because “crypto is too small for Russia.”

“Currently, the media and politicians are spending a lot of effort and focus on crypto and sanctions,” said Zaho, who heads up the cryptocurrency trading platform, as reported by The Guardian.

But they should shift their energies elsewhere, given the dismally small share of global net worth that exists in crypto, he said.

“This percentage applies equally to Russia.”

Another obstacle to Russia using crypto as a work-around, according to Zhao: The use of publicly accessible blockchain renders it “not an effective tool for illicit activities,” he said, calling it “too traceable.”

“Many of them likely oppose what their country is doing, and a ban would hurt them, too,” Armstrong said.

Coinbase said Friday that it isn’t banning all users at the moment, though it would comply if the U.S. government decided to impose such a restriction.

The cryptocurrency exchange will block transactions from IP addresses that might belong to sanctioned individuals or entities, as will any other regulated financial services business, Armstrong said in a Twitter thread. But it won’t pre-emptively ban all Russians from using Coinbase, he said.

The cryptocurrency industry has gotten significant attention amid Russia’s invasion of Ukraine, with some government officials wondering whether Russia or the country’s wealthy might be able to skirt sanctions by using crypto, and Ukraine actively seeking donations via digital assets. Mykhailo Fedorov, Ukraine’s deputy prime minister and minister for digital transformation, recently asked the major crypto exchanges to block addresses of Russian users.

Recent blockchain data suggest residents in the sanction-hit nation have been in no hurry to trade crypto on major exchanges. Ruble-denominated crypto activity was just $34.1 million on March 3, according to Chainalysis. That’s down from a recent peak of $70.7 million on Feb 24—and the $158 million record on May 20, 2021.

Armstrong said he doesn’t see a high risk of Russian oligarchs using crypto to avoid sanctions because the open ledger makes movement of money more traceable than using other assets like cash or gold.

Armstrong’s remarks dovetail with comments from Zhao, who said on Wednesday that it would be “unethical” for his exchange to restrict all Russians. 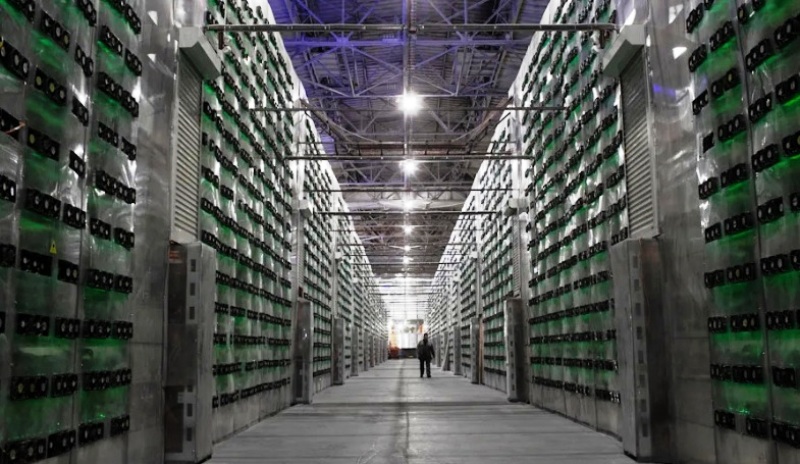