Binance, Kraken, and Coinbase Reject Requests To Block Russian Users Because They Are Innocent

Binance, Kraken, and Coinbase Reject Requests To Block Russian Users Because They Are Innocent

Similar to Kraken, Binance will not discontinue its services to Russian users.

The world’s leading digital asset exchange – Binance – has no intention of freezing the accounts of Russian citizens, a spokesman for the platform said. He further argued that “cryptocurrency is intended to offer greater financial freedom” and that such a move could violate the notion of industry.

Russia’s “military special operation” in Ukraine seems to have no end as tensions between the two countries continue to escalate. So far, the US, the EU and the rest of the “powers” are out of direct military conflict. However, they have imposed severe financial sanctions on Russia aimed at destabilizing the country.

However, Binance will not comply with this request as the majority of these accounts belong to “innocent” individuals unrelated to the conflict.

“We will not unilaterally freeze millions of innocent user accounts.”

The decentralized nature of digital assets is often seen as a symbol of freedom and independence from traditional money empires. With that in mind, an absurd lockdown decision could “blow away the reason cryptocurrencies exist,” the spokesperson added.

On the other hand, Binance announced that it will limit its services to individuals based in Russia if the individual is subject to sanctions, while minimizing the impact on innocent users.

Yesterday, Kraken CEO Jesse Powell made a similar point. He describes bitcoin and altcoins as embodying libertarian values, and as such it would be a mistake to freeze all accounts of Russian customers. He also posits that many users of the exchange are war-resistant.

“Our mission is to serve better by focusing on the needs of the individual and not the needs of any government or political faction.”

Not only Binance and Kraken, but also the Coinbase exchange has not implemented a complete ban on Russian users.

“A unilateral and total ban would hit innocent Russian citizens suffering from currency instability as a result of their government’s aggression against a democratic neighbor.”

Although Coinbase is not available to Russian users, it does not restrict its customers from trading with addresses based in Russia.

“We will continue to implement any sanctions imposed, including the suspension of accounts and transactions involving sanctioned individuals or entities.”

Despite refusing to limit the service to Russian users, Binance showed support for Ukraine during the conflict by donating $10 million to the country. 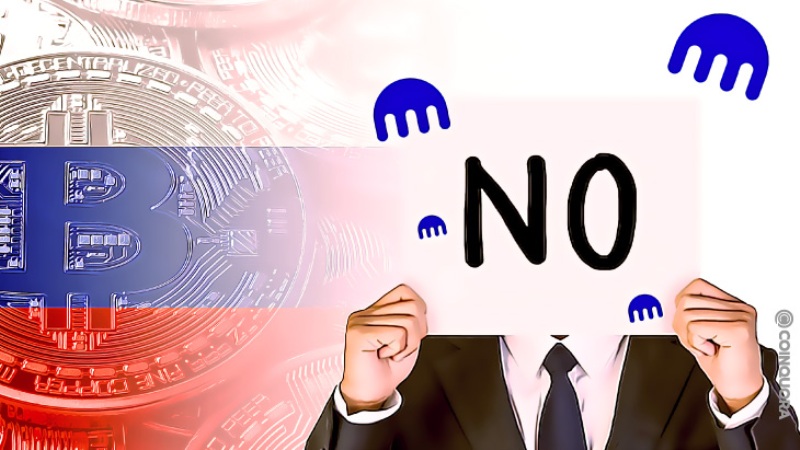 PrevPreviousFor Everyone Waiting for the Perfect Scientific Paper To Prove Whats in the C0VID Genetic “Vaxxines” or Double Blinded Animal or Human Studies Let Me Just Say— This Isn’t a Court of Law. This Is a War Zone
NextThe Crystallography of Spring Water When Exposed to 5G for Only 15 Minutes, the Results Are Shocking‼Next